Warning: Creating default object from empty value in /home/gssn/public_html/ipsorg/blog/ips/wp-content/themes/platform/admin/class.options.metapanel.php on line 49
 A Countdown through Well Told Stories: a Reporter’s Perspective | IPS Writers in the Blogosphere

Livni Joining With Labor: Not A Game-Changer What Is Genuine Leadership in the Middle East?

In fact, I was ready to file the story that same day. After all, this was not my first story on HIV, I had done many before. And no one had ever burnt my effigy.

But I had not worked with Mercedes Sayagues, the Countdown editor. She wanted me to think outside the box. Very difficult. 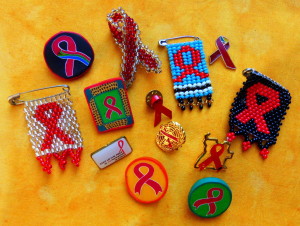 As Countdown to Zero winds down, Nairobi-based journalist Joyce Chimbi reflects on what 15 months of reporting on HIV and AIDS have meant for her. Credit: M. Sayagues/IPS

After 30 years of HIV/AIDS reporting in Africa, what could I tell that hadn’t been told before?

I did not know then that this story would set me up on a journey of ten stories, and in each one of them, I would be surprised at how little I knew about the new developments in HIV.

I was even more surprised at the attention that the stories were receiving from readers as well as other media outlets that reprinted and rerun my stories.

There is a perception that the media and the public are saturated with HIV/AIDS information, possibly because there is too much focus on what has gone wrong.

The failed vaccines. The startling new infections. The need for viral load testing. The deaths.

But there is much more than that. Stories of people who are rising above the challenge. Countries adopting new and better HIV guidelines. Cutting-edge technologies.

Each story was unique and close to my heart because in each you could hear the voice of many Kenyans and many Africans affected or infected with HIV. And you could also see their faces.

I researched extensively on every story and got a lot of help along the way. Zenawit Melesse, of UNAIDS, linked me up with experts across the region who were eager to talk to me.

Researching was hard work but rewarding. I loved researching on young women bearing the brunt of HIV, and on viral load testing as the gold standard in treatment.

As a reporter, I had attended many support groups for people living with HIV, who were always happy to share their CD4 count – the higher, the better.

Yet many were still sickly. They had been on drugs for years but had never had a viral load test, which catches people who are failing on treatment before they develop drug resistance.

Countdown introduced new angles but that was half of it. New angles demanded a new style of writing. The stories had to be punchy.

Yet I still told them the same way I had told them before, same narrative, same flow, same structure, because I didn’t know any better. The editor worked tirelessly with me and, with time, I caught on.

Mercedes is well informed on HIV/AIDS, and strict with accuracy. I could not sneak in an ambiguous sentence without her demanding that I either attribute it or back with statistics. That was hard. She doesn’t compromise on statistics or quality.

Working with Countdown pushed me to do much more than I thought I had the capacity to, and while at it, I have learnt to clarify, attribute and qualify every statement in the story.

You know how people say that there are more women than men on treatment, but you have no idea when or where that conclusion was arrived at or what it implies?

It happened to me several times with Countdown stories, until I learnt to first find out who came up with the statistics, how credible they are and to seek the most recent statistics. At times, it was very frustrating.

This process has had a great impact on how I report on other topics too. My stories have become more comprehensive and well researched.

Fifteen months of Countdown, and I still feel we have just scratched the surface.

HIV/AIDS is still a serious health challenge for humankind, especially for Africa. There is need for and a lot of room for more stories about how we are tackling it. 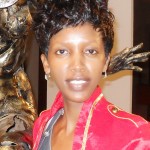 Joyce Chimbi is a Kenya-based jack of all trades reporter. HIV/AIDS is her primary focus and, when not reporting on it, she is tracking down economists, climate change experts, educationists, activists, demonstrators ….basically, if you have an opinion on something, she is probably looking for you too!