Warning: Creating default object from empty value in /home/gssn/public_html/ipsorg/blog/ips/wp-content/themes/platform/admin/class.options.metapanel.php on line 49
 “Anger of God Left us Without any Support” | IPS Writers in the Blogosphere

The Mindlessness of War Iraq: US “Troop Surge” Magic Bullet Myth Lives On

“Anger of God Left us Without any Support”

Khaleda, 22, has no recollection of her father. She was only four when he was decapitated by a rocket in a war that reduced Kabul to rubble, and forced tens of thousands of people to flee the city.  What follows is a testimony. **

“My mother frequently told us the story of how our father was a mechanic with his own shop in Bagh-e-Zanana in 1994 when the civil war was at its peak,” Khaleda says speaking also for her younger sister and brother. Her mother sits listening by her side. “The Hezb-e-Wahdat and Shuar-e-Nezat were fighting for control of Kabul. Shrapnel from a rocket sliced his head off. My mother says when they brought his body home, there were only pieces.” 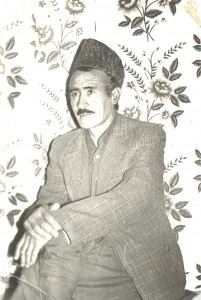 The Hezb-e-Wahdat was a party of the Shia Hazaras, while Ahmad Shah Massoud, who went on to fight against an alliance of militias and eventually the Taleban, led the Shuar-e-Nezat. He was assassinated on Sep 9, 2001, two days before the World Trade Centre bombing in New York that finally forced the US and NATO to intervene in Afghanistan allying with Massoud’s forces.

Khaleda’s mother who is 52 cannot say whose rocket killed her husband. Shopkeepers from the area brought what they could find of his body at noon the following day. “His body was torn in pieces,” she suddenly blurts out. “It is not good to talk about it. It was the anger of God that came on us and left us without any support,” she adds before lapsing into silence.

The room falls silent for a while until Khaleda picks up the thread of our conversation. She says the remains of her father’s body were buried according to Islamic customs. But her mother kept dreaming of her husband. He kept asking her to “bring my clothes”. She consulted a soothsayer who told her the body was buried without the head.

Family members scoured the area where he was killed for days. The head was eventually found, and buried. “Thereafter she never dreamt of our father again,” says Khaleda, a student in the Faculty of Journalism at Kabul University.

Khaleda’s family has always lived in Kabul’s Taimani neighbourhood. When civil war lashed the city it was considered safer than most other parts.

Khaleda says she knows from her mother that the war was in the west of the city. In 1996, the Taleban stormed Kabul, and imposed the Sharia. Massoud, who was defence minister in the ousted government, withdrew to the Panjshir Valley and began a military campaign to oust the Taliban.

With her father’s death the family lost their only breadwinner. Her mother, then 34 years old, had never worked. “In the beginning we were using the money left by father for our expenses, but when my brother got to class five, he had to work and study; we were barely making do,” she recalls. Her brother, who is younger than her, started as a street hawker. “He was very young, and nobody was willing to take him on as an apprentice,” she recalls. “The work was hard.” Eventually he opened a roadside shop for a few years before becoming a shoemaker, which brings in more money.

“My brother apprenticed with our neighbour. He was able to learn shoemaking within two months and his master gave him some salary as well,” says Khaleda. “Soon he started working from the house, and we would all help him.” The shoes were sold in the bazaar, she adds.

Meanwhile, Khaleda’s mother also became self-employed. She became a seamstress, making small things on her hand sewing machine to sell in the market. She was determined to fulfill her late husband’s only wish: to see his children educated.

Khaleda and her siblings did not miss school for even a day for lack of money. “She was trying so hard lest we went astray. Conditions were very bad,” says Khaleda looking at her mother who nods in agreement.

Her mother kept working till her brother and she finished school, says Khaleda. “Then the trouble for my mother decreased,” she adds. For an instant a tiny smile flickers on her mother’s face, only to fade away.

Neither would talk about the harsh life under the Taliban. Women were not allowed to work; girls were pulled out of school. Women were banned from dealing with male shopkeepers. They could not go outside their home unless they were accompanied by a mahram, who could only be a close male relative like a father, husband or brother.

Living on her own with young children must have been terrifying for Khaleda’s mother. But both mother and daughter refuse to be drawn into a conversation, dwelling instead on the point their world disintegrated: the death of Khaleda’s father in the civil war.

** The testimonies of survivors of war crimes are a contribution to creating greater public awareness about people’s hopes and claims for justice, reconciliation and peace.  These testimonies and life stories are distributed internationally by IPS-Inter Press Service and are the basis for a radio drama that is being broadcast by seven Killid radios.