Warning: Creating default object from empty value in /home/gssn/public_html/ipsorg/blog/ips/wp-content/themes/platform/admin/class.options.metapanel.php on line 49
 Eight Elements of a Culture of Peace | IPS Writers in the Blogosphere

Eight Elements of a Culture of Peace 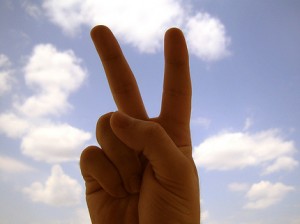 This week, as minds here in New York and elsewhere are inevitably drawn back to 9/11 and its aftermath, the U.N. General Assembly (GA) will once again discuss the worldwide promoting a Culture of Peace.

This begs the question: what exactly is it?

As my lead suggests, it’s not the first time the topic has passed our U.N. news desk.

Spearheaded by UNESCO, United Nations Educational, Scientific and Cultural Organization, 2000 became the U.N. Year for a Culture of Peace. For those who missed it, the GA doubled down on the concept a year later by declaring a Decade of the Culture of Peace (2001-2010) in which it took a stab at involving civil society in creating a global movement for peace culture.

75 million people signed a 2000 Manifesto pledging their support – Meanwhile, a quick survey among my friends revealed that, unfortunately, none knew of it.

“Peace is the absence of war” continues to be an evergreen.  But how exactly do you create a culture in which war is absent? What is a Culture of Peace?

In a 1999 resolution and Programme of Action prepared by UNESCO, the GA agreed on eight elements of a Culture of Peace.

Here’s a little overview, drawn from the ’99 resolution and various works of David Adams, former Director of the UNESCO Unit for the Year of a Culture of Peace and an expert on the brain mechanism of aggression.

Since warfare is a learned behaviour, according to Adams, a key component to building a Culture of Peace is a shift from an authoritarian and war-centric educational tradition to a participatory education on values and modes of behaviour that allow youth to resolve disputes non-violently and with respect for human dignity.

This education ought to take place not only in schools, but include informal education taking place through the family and the media, as well as non-governmental and community organizations.

The act of “othering” people and designating an enemy is a key component to warfare and detrimental to a Culture of Peace.

Instead, the U.N. and social institutions at all levels ought to foster dialogue and actions that build mutual understanding, tolerance and solidarity.

Hierarchical structures and authoritarianism that are at the centre of warfare ought to be replaced with people’s democratic involvement at all levels of decision-making affecting their lives.

In addition to stronger education on democratic principles, the resolution mentions capacity-building of public officials to strengthen institutions and processes that promote democracy.

4. Free flow of information and knowledge

A strong and free media is essential to documenting and promoting peace culture, while networks are essential social infrastructures.

Propaganda and secrecy, on the other hand, are essential to maintaining public approval for warfare. A free flow of information is thus essential to building a culture of peace in which an informed population is able to exercise its democratic rights to voice disapproval of acts of aggression.

5. Equality of women and men

Male domination is a central part of the culture of war, according to Adams, not because of a genetic disposition to warfare, but because of the age-old initiation of men into war and women’s systematic exclusion from it.

A transformation to a Culture of Peace therefore requires power sharing and the equal participation of women in decision-making.

6. Sustainable human development for all

Building secure livelihoods and the ability to lead healthy productive lives are key to building and maintaining peace.

Debt relief for developing countries, post-conflict reconciliation processes, and a special focus on the needs of women and children in developing strategies are listed as state-based contributions to a Culture of Peace.

While this may seem like a no-brainer, disarmament was actually among the last two items to be added to the action agenda, which originally only had six points.

It finally made it in under the header “Actions to promote international peace and security”, with complete disarmament as the top action item.

Respect for human rights as an essential component of peace culture encompasses many of the above points and should need little explanation.

Among the action items, the U.N. declaration sought the full implementation of the 1993 Vienna Declaration and the development national programmes and institutions to protect human rights.