Warning: Creating default object from empty value in /home/gssn/public_html/ipsorg/blog/ips/wp-content/themes/platform/admin/class.options.metapanel.php on line 49
 HIV Disclosure in Young People: Are we Asking too Much of Them? | IPS Writers in the Blogosphere

HIV Disclosure in Young People: Are we Asking too Much of Them?

When Ugandan teenager Jackline Kemigisha was sexually abused at the age of 15 and infected with HIV, the health professional who diagnosed her disclosed her status to her family without Jackline’s consent. This was a result of a policy requiring parents’ consent before starting antiretroviral therapy for someone who is under 18.

Subsequently, Jackline’s father refused to pay her university fees, arguing she was “a moving corpse”. And when Jackline disclosed to her boyfriend, he ended their relationship. Read her story here.

Is this an extreme experience, offset by stories of acceptance and openness?

They found that not only did these young people sometimes face stigma when they disclosed, but they also encountered ambivalence and mixed messages about their emerging sexuality.

Many parents wanted to withhold as much information about sex and sexuality as possible, fearing it would encourage early sex. Teachers, under-equipped to properly implement a life skills curriculum, or torn between more progressive ideas in the curriculum and the conservative beliefs they shared with their communities, were unable to help.

Against the backdrop of a push for HIV testing in South African schools, high levels of gender and sexual violence, moral panic and silence around teenage sexuality create hostile conditions for young people, who are ill prepared for an HIV positive test result and pressures to disclose.

In my work with HIV-positive university students, I have found that responses to disclosure pressures range from refusal to tell anyone to becoming an ambassador for openness and change.

One young woman, I will call her Palesa, grappled for months with telling her mother she was positive.

Infected with HIV by her first and only sexual partner, Palesa felt that she had let her mother down, that she would burden a single parent battling to hold the family together and that the pressures on her to graduate and support her family would increase.

Much of our work over the months involved planning the disclosure. Palesa shared with me the drafts of the letter she planned to send to her mother.A moving blend of fear, hope and acknowledgement of her mother’s own life pressures, it was, in the end, redundant. Palesa’s mother put two and two together, and initiated the disclosure when Palesa went home on vacation.Was our work together a waste? I don’t believe so – even though Palesa was slightly ambushed by “that” conversation, our discussions and role plays gave her some skills and emotional readiness.The value of disclosure counselling for young people is echoed by Vujovic and Meyersfeld: the support groups they ran with young people increased resilience, reduced isolation, built skills around sexuality and disclosure and developed a healthy identity and self-esteem.

HIV disclosure becomes important and necessary at different times – but it is almost always a hard thing to do. One thing is for sure, young people need our help and support to make safe and healthy disclosures.

I knew my work with Palesa had borne fruit when she introduced me to her new boyfriend. He is HIV-negative and a supportive and caring partner – proof that disclosure can come with a happy ending. 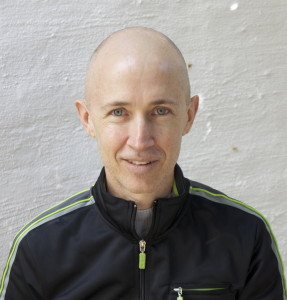