Understanding Iran’s Negotiating Style Memories of War: The “Most Frightening Prison in the World”

From Sabina Zaccaro On February 21, 2013 · Leave a Comment
Sabina Zaccaro is the IPS correspondent in Rome, where she attended last week’s IFAD Governing Council meeting. A central theme of the meeting was the power of partnerships to support small farmers worldwide. 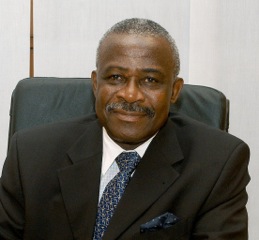 Kanayo F. Nwanze from Nigeria was appointed for a second four-year term as IFAD President.

Kanayo F. Nwanze from Nigeria was appointed by acclamation for a second four-year term as IFAD President. “A question that we must ask ourselves is, what can IFAD do to improve its role as a broker and catalyst for successful partnerships? In other words, how can we facilitate partnerships that connect smallholders to markets and value chains?” he said in his opening speech.

This year’s session of the Governing Council, the annual meeting of the IFAD (13-14 Feb.), looked at how to build and finance coalitions that can support smallholder farmers and ended with a call from leaders to build stronger alliances to scale up development for rural communities.

Finance minister of Bangladesh, Abul Maal Abdul Muhith, said that partnerships are vital to his country. “As the most densely populated and worst disaster-prone country with the highest vulnerability to climate change, Bangladesh has no other way to survive and … prosper except by attaining the impossible — and that requires alliances of all kinds with diverse agents,” he said.

Economists have forecast that Bangladesh, along with other ‘new-wave economies’ – including Pakistan, Vietnam, Philippines, Indonesia, Turkey, Egypt, Iran, South Korea, Mexico and Argentina – could even overtake the west by 2050.

The unprecedented economic growth in these countries is reportedly connected with a strong domestic demand facilitated by young and growing populations. In the case of Bangladesh and the Philippines, there is also a significant incidence of remittances sent home from expatriates working and living abroad.

Although agriculture accounts for less than 20 percent of GDP in Bangladesh, the farm sector employs about 44 percent of the labour force. “It is the agricultural sector that governs the economy of Bangladesh even though its share in the GDP has declined to about one-fifth now, Muhith said. “Labour absorption by this sector is still about half of the labour force, and the rural population is still about 70 percent”.

According to the finance minister, Bangladesh is in fact a model for alliances in sustainable rural and agricultural development. “IFAD made its mark in this respect as early as 1983 when it offered one of the first credits to a little known project called Grameen Bank,” he said.

“When the world went into a crisis, Bangladesh maintained his stable growth rate,” he told IPS. “Our country’s growth rate over the last four years is moving between 5.8 and 6.7 percent.”

According to IFAD, over the last thirty years, Bangladesh has increased its real per capita income by more than 130 percent and cut poverty by more than half and it is well positioned to achieve most of its Millennium Development Goals. But it remains a low-income country, with at least 45 million people live below the poverty line. Half of all rural children are chronically malnourished and 14 percents suffer from acute malnutrition.