Warning: Creating default object from empty value in /home/gssn/public_html/ipsorg/blog/ips/wp-content/themes/platform/admin/class.options.metapanel.php on line 49
 Memories of War: Afghanistan — Where Landmines are Part of Daily Life | IPS Writers in the Blogosphere

Diplomacy is Still Washington’s Best Option for Iran A Tale of Two Outliers: Comparing Options on Iran and North Korea

Memories of War: Afghanistan — Where Landmines are Part of Daily Life

Years of war have turned Afghanistan into one of the most mined countries in the world. Landmines have killed and maimed tens of thousands. In this testimony, 28-year-old Mahro recalls the day she came upon unexploded ordnance that robbed her of her sight and the use of one hand.

In 1994, the family was living in Qala-e-Haidar Khan next to Arghandi in Kabul province. They owned cows, and the sale of milk was their main livelihood. As the youngest, it was Mahro’s job to take the cows out to pasture. She remembers how, on one fateful day, she was grazing the family’s cows near a military post with her aunt’s son. “He pulled out something that was half buried in the ground, and hit it with a stone,” she remembers.  When the landmine exploded,  her cousin, only a bit older than she, died in the blast. 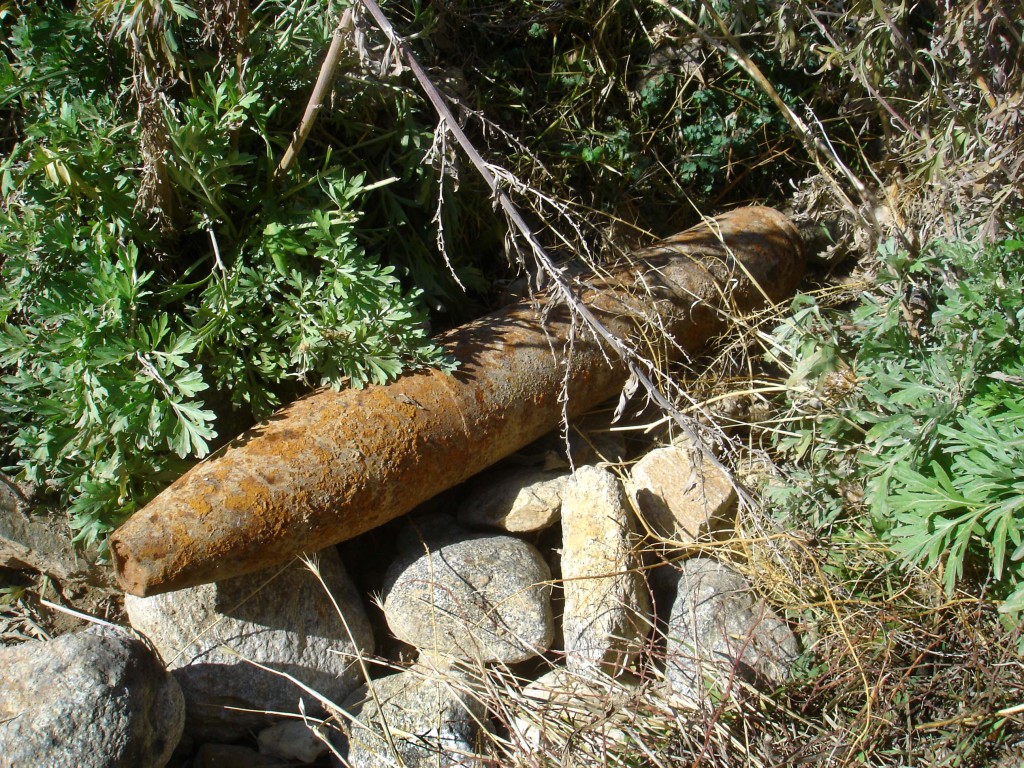 Every side in the successive rounds of fighting in Afghanistan has planted anti-personnel mines. They have been laid in residential areas and on agricultural land. Landmines were planted by the communist regime of President Najibullah, during the fighting with U.S.-supported mujahedin groups. The mujahedin, in turn, mined tracks to villages to prevent the advance of Soviet tanks. Further mine-laying took place between 1996 and 2001 during the conflict between the Taliban government and the Northern Alliance led by Ahmad Shah Massoud. Even today 45 people on average lose their limbs every month to deadly anti-personnel mines, according to Engineer Abdul Wakil, head of the Mine Action Coordination Centre of Afghanistan.

Mahro says it was a soldier who had pointed out the grassy knoll by the military post and told the children to take the cows there. “My cousin knew the area well. He had found shards of artillery there. But he did not know the grass could be hiding unexploded landmines,” she says.

Mahro says at the time of the incident a war was raging between mujahedin groups. “There were no Christians or Jews in Afghanistan. The war was among the mujahedin.” Christians and Jews is a reference to the U.S.-led international troops in the country since 2001.

Mahro’s father, who did not want his name revealed, describes it as a time when everyone was armed. He is matter of fact when he recalls the accident that changed his daughter’s future. “They (Mahro and her cousin) were foolish,” he says without a trace of emotion on his face. “They went to a military post, and hit a mine with a stone. The boy was killed and the girl lost her eyes.”

For 40 days, Mahro was in hospital. Her father says she drifted between life and death.

“She had suffered grave injuries, and we rushed her to the Jamhuriat Hospital. But when she was not getting better, we moved her to Sehat-e-Tefel (Indira Gandhi Children’s Hospital in Kabul).”

At first it seemed one of her eyes could be saved, but doctors operated because they feared her brain would suffer permanent damage. After 40 days the Red Crescent flew Mahro to Germany for further treatment. She learnt how to use her lame hand, but her blindness was beyond treatment.

“I returned to the country after one year. I was in depression, though I was only a child,” Mahro remembers. “I did not have a specific problem, I was free to move around the house, but I was very sad.”

One problem that nagged her was the fact that she could not recall parts of the Holy Quran and some of Hafiz’s poems (a great Persian poet) that she had learnt by heart before the accident. “I would keep telling my family I have forgotten whatever I’ve learnt.”

Slowly she adapted to living without the gift of sight. What she had forgotten, she relearnt with the help of an aunt, uncle and two siblings. She learnt the holy book by heart – the commentary, translation and rules of reciting. “I was always interested in the Holy Quran,” she says, recalling how she stayied with a relative for eight months to study it. He was also Hafiz – one who has learnt the Holy Quran by heart, she says. “I stayed for eight  after she got out of the hospital. “When I returned home, I kept learning.,” she says, until, with the help of cassette tapes, she finally mastered the full 30 chapters.

Since 2007 she has been a teacher of the holy book. Now 28, she lives in Kabul’s Gulbagh area where she teaches more than 40 students. “I don’t know how many students I’ve taught,” she says modestly. But to her students, she’s a teacher like any other.

*Kreshma Fakhri  writes  for Killid, an independent Afghan media group in partnership with IPS. By distributing the testimonies of survivors of war through print and radio, Killid strives for greater public awareness about people’s hopes and claims for justice, reconciliation and peace across Afghanistan.