Warning: Creating default object from empty value in /home/gssn/public_html/ipsorg/blog/ips/wp-content/themes/platform/admin/class.options.metapanel.php on line 49
 Memories of War: “Night of Forgiveness” | IPS Writers in the Blogosphere

Memories of War: “Night of Forgiveness”

Esmatullah Mayar writes for Killid, an independent Afghan media group in partnership with IPS. By distributing the testimonies of survivors of war through print and radio, Killid strives for greater public awareness about people’s hopes and claims for justice, reconciliation and peace across Afghanistan. In this testimony, 55-years-old Mahparwar remembers Shab-e-Barat, “the Night of Forgiveness”, is an Islamic holiday celebrating God’s mercy. People pray for forgiveness for those who died.  It was on one such night of forgiveness, 21 years ago, that Mahparwar’s younger brother was killed by the mujahedin.

Mahparwar’s brother Mohammad Shafi was a cycle repairer in Kabul. The 19-year-old had just married a year earlier “And had a pair of twins — a daughter and son,” his sister recalls. He had no connection with any political party,  she stressed, saying he was neither a member of Khalq nor Parcham — two communist parties that ruled Afghanistan after the assassination of president Daud Khan in April 1978. “He did not have a job with the government or any organisation.” 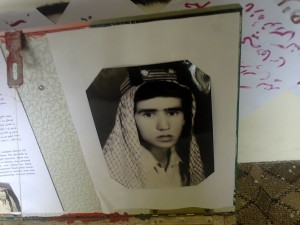 Photo: Mohammad Shafi was only 19 when he was abducted and killed by the mujahedin. Credit: Killid

It was last days of the regime of President Najibullah, (1987 -1992) and the war between government forces and jihadist parties had engulfed the country, remembers Mahparwar. It was the 15th of Shoban, 1370 (July 5, 1991 in the Gregorian calendar), as they celebrated Shab-e-Barat, when tragedy struck.

“My brother was travelling to Jalalabad when armed people (mujahedin) came down from the mountains in Mashal Kandaw (on the highway between Kabul and Jalalabad), abducted and killed him immediately.”

His killers left his body on the roadside and fled, says Mahparwar.

“We got to know about his murder on Barat night but we could not find his body. My other brothers searched all over. Some of our relatives said they had seen our brother in their dreams, and we should search for him in the places they mentioned.

Her brothers searched everywhere. In the end they found him in a hospital mortuary.

Mahparwar had been kept unaware, she says. “All they told me was that Shafi was injured, and was found in the Kabul hospital. But when I went to my father’s house I saw a friend of my brother, a soldier in the army, weeping loudly.”

“We buried him in Charqala village of Chardehe (Kabul province). My mother has not been well ever since.”

Shafi was the cleverest and most hardworking of her siblings says Mahparwar, working in his bicycle repair shop steadily through the winter and long hot summer. He did not waste his time in idle gossip, she says.

her sister-in-law, Shafi’s wife, finally remarried and took their son with her. “His name is Sahel, he looks very much like my brother,” she adds.

The situation in Kabul, meanwhile, went from bad to worse when Najibullah’s government was toppled by mujahedin forces, who then turned on one another. People fled the city in the tens of thousands. Mahparwar, too, became a refugee in Peshawar.

Bad news continued to pour across the border. “There was not one day when we did not hear of the death of relatives in Afghanistan. My younger sister’s husband was killed in the war between Hezb Islami and the Hezb-e-Islami led by General Dostum in Mazar-e-Sharif.”

In her childhood she had built castles in the air for her family, says Mahparwar, but the warlords “dashed everyone’s dreams and hopes”. All three of her brothers are poor, she says, one is a taxi driver, the other a labourer. A third is a mechanic. “The war took everything from us.”

“They made us weep. They took away our breadwinners from us.” While her brother died on the night of forgiveness, for Mahparwar forgiveness is not within her reach, she says.

Instead,  she wants for the stories of three decades of war to be told and remembered. She wasnts the to be collected and archived, so that “Future generations can see how our country was tyrannised,” she says.

Today, Mahparwar is a member of the Women’s Council in Chehelsotoon, in Kabul city, which was set up to support survivors of war.