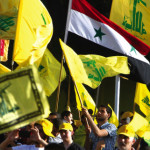 Hezbollah Winning in Syria: At What Price?

As the Syrian uprising against the Baathist regime enters its fourth year, it is clear, given the changing balance of power on the ground, that predictions about the imminent collapse of the Assad dynasty, which constituted conventional wisdom from 2011-12, are far from the mark. Once derided [...]

The recent visit by Abd al-Halim Murad, head of the Bahraini Salafi al-Asalah movement, to Syria to meet with Syrian rebels is an attempt by him and other Gulf Salafis to hijack the Syrian revolution.

Sadly, the Saudi and Bahraini governments have looked the other way as their Sunni Salafis [...]

Emile Nakhleh is a retired Senior Intelligence Service Officer, a Research Professor at the University of New Mexico and a National Intelligence Council associate. Since retiring from the United States Government in 2006, he has been consulting with different US government entities and departments on national security issues, particularly Islamic radicalization, [...]