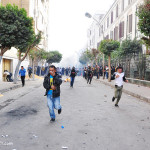 A Catholic Backlash Against Sharia Hysteria?

National Review Online, the flagship right-wing site, has seen less and less in the way of heated debate in recent years, as writers not fully on board with conservative movement orthodoxy have been pushed out or left of their own accord. So NRO readers may have been startled to witness a rare bout of [...]