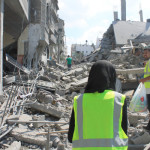 The Lying Game: Failing in Gaza

We’ve all seen it in movies and television shows. A man with a gun is pointing at an innocent, making demands of the “good guys.” When our heroes do not deliver, the man shoots the innocent and tells our heroes that it was their fault. Do we buy it? Of course not. 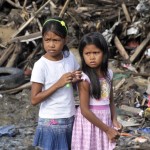 The Importance of Triangular Co-operation and Inclusive Partnerships

The international community witnessed a number of natural disasters in 2013.  Typhoon Haiyan, which hit the Philippines in November, caused extensive damage with about 8,000 people dead or missing and more than 16 million affected. Other countries, including India and Mexico, were also severely damaged by typhoons and hurricanes in 2013. The Solomon Islands, China, [...] 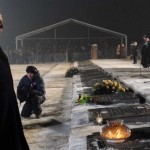 Last week marked the 68th anniversary of the WWII destruction of the Japanese cities of Hiroshima (Aug. 6) and Nagasaki (Aug. 9) — the first and only deployment of nuclear weapons in human history. Within moments of the nuclear explosions that destroyed these cities, at least 200,000 people [...] 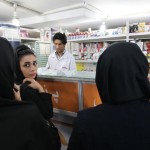 Press reports about medical supply shortages in Iran, some of which have described devastating consequences, have been surfacing in the last two years, while debate rages on about who’s responsible — the Iranian government or the sanctions regime. Siamak Namazi, a Dubai-based business consultant and former Public Policy [...] 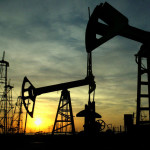 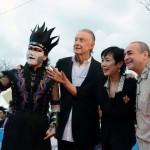 The fledging Okinawa Movie Festival, which is now rapidly earning a name as a vital showcase for films from Asia and Japanese regional culture, concluded last week. A glittering array of Asian artists from countries as such as China, Taiwan and India, alongside aspiring young filmmakers from Japan, presented their wares for awards in categories [...]

Iran is unlikely to agree to curb its nuclear programme unless the U.S. and its Western allies are prepared to ease tough economic sanctions imposed against the Islamic Republic over the past decade, according to a major new report signed by more than three dozen former top U.S. foreign-policy [...]