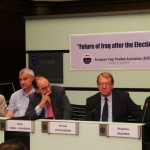 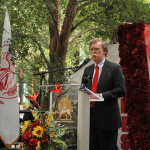 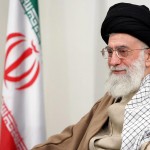 Is Iran Escalating the Nuclear Issue?

Most headlines on Iran’s launch of uranium-related sites on April 9th — its National Day of Nuclear Technology — linked it to the diplomatic deadlock in Kazakhstan. Tehran was regarded as pursuing escalation, perhaps in frustration with the situation. But was this really the case?

Where is the Iran sanctions regime heading?

I don’t know the answer to the question I’ve posted above, but today’s news may offer an indication:

The EU imposes new sanctions against Iran’s nuclear program and reaffirms its said commitment to reaching a peaceful, diplomatic solution:

…the objective of the EU remains to achieve a comprehensive, negotiated, long-term settlement, [...]

The MEK As a Wedge Issue for Neo-Con Iran Hawks

While you would expect the State Department’s decision to de-list the Mujahadeen-e-Khalq as a Foreign Terrorist Organization (FTO) would elicit cheers from anti-Iran neo-conservatives, the MEK has, in fact, been one of a number of issue — including former Israeli Prime Minister Sharon’s decision to unilaterally withdraw from Gaza and [...]

I believe that delisting the Mujahadeen-e Khalq (MEK) from the US foreign terrorist organizations (FTO) list is in every way reprehensible. I realize that all US public officials, especially the president, are involved in systems of necessity and that without satisfying those necessities, their hold on power wouldn’t [...]

Decision to Delist MEK was Multi-faceted

It is probably inaccurate to take the State Department to task in isolation as having made the decision to delist the Mujahadeen-e Khalq (MEK) from the US foreign terrorist organizations (FTO) list. State is the cabinet department that must officially announce (or take formal action related to the [...]

Jim Lobe and I wrote a report yesterday for IPS News about the expected US decision to delist the Mujahedeen-e-Khalq (aka MEK, PMOI and NCRI) from its foreign terrorist organizations (FTO) list. Most analysts we interviewed predicted that the removal would only worsen already abysmal relations with Iran and possibly make [...]

By Jim Lobe and Jasmin Ramsey

In a move certain to ratchet up already-high tensions with Iran, the administration of President Barack Obama will remove a militant anti-regime group from the State Department’s terrorism list, U.S. officials told reporters here Friday.

The decision, which is expected to be formally announced before Oct. [...]