Iran has again offered to halt its enrichment of uranium to 20 percent, which the United States has identified as its highest priority in the nuclear talks, in return for easing sanctions against Iran, according to Iran’s permanent representative to the International Atomic Energy Agency (IAEA). 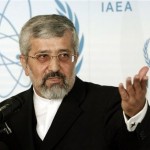