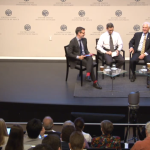 The “Rubik’s Cube” Challenges to a Final Iran Nuclear Deal

As talks aimed at a comprehensive nuclear deal with Iran continue, with principals from Iran and world powers meeting in Vienna this week, two recent analyses of the negotiations have compared the talks to a “Rubik’s Cube.”

A May 9 report from the International Crisis Group [...] 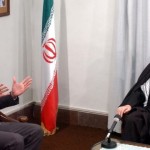 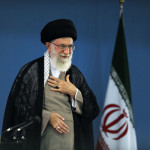 Iranian politics are personal. Indeed, the theocrats are decidedly earthly in their rivalries. But the 2013 election is particularly telling. It may be settling a score dating back a quarter century between the revolution’s two most enduring politicos—Supreme Leader Ayatollah Ali Khamenei and former President [...] 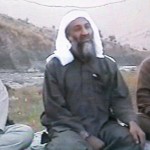 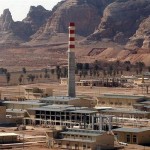 What is the state of Iran’s economy in 2013 compared to a year ago?

Iran’s economy enters 2013 significantly worse than a year ago, particularly with higher inflation and unemployment than at the beginning of 2012. The rial also plunged from around 11,000 to the dollar at [...]

The Drama of Iran’s Erratic Rial

via the United States Institute of Peace

What are the primary reasons that the Iranian rial has lost half of its value against the U.S. dollar in just one year? Iran’s currency was valued at about 10,000 rials to the dollar in the summer of 2011. It plummeted to more than [...]

Daniel Brumberg of the U.S. Institute of Peace and Barry Blechman of the Stimson Center follow up on their recent report about engaging Iran with a lengthy piece on the Middle East Channel of Foreign Policy‘s website.

“The problem,” they write, “is that democratic reform in Iran is a long-term proposition. As a [...]

The Iran-grand-bargainers, the Leveretts, have an interesting piece up challenging the notion that the Barack Obama administration was ever serious about engaging Iran. (Because I’m behind on my reading, I only picked up on it via the Progressive Realist.)

These are the same allegations that Dennis Ross, Obama’s top National Security Council official for [...]

At a release event for the U.S. Institute of Peace’s (USIP) Iran Primer: Power, Politics and U.S. Power – an exhaustive collection of new writings on the country — the opening address came from  Dennis Ross, a top national security adviser to President Barack Obama on the Mid East.

Ross is an influential adviser to [...]