Warning: Creating default object from empty value in /home/gssn/public_html/ipsorg/blog/ips/wp-content/themes/platform/admin/class.options.metapanel.php on line 49
 To live and love with HIV – is it possible? | IPS Writers in the Blogosphere

A few months ago I fell in love with this guy, and he fell in love with me. I told him that I have HIV. I showed him my antiretroviral pills (ARVs) and explained how treatment works. I wanted to make sure he knows what he is getting himself into – a relationship with an HIV positive woman.

Despite my serious effort to warn this dude, he said he loved me. He said he was ready; that he will trust God for whatever may happen.

So we have a wedding date! He proposed last week! 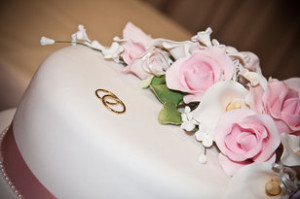 Our blogger worries that a new law in Uganda will make life, love and marriage more difficult for those with HIV. Credit: Amy Quinn/WikiCommons

Like every girl in reciprocated love, I am having a full blast of it: to have someone who cares, who looks after you, who tells you the sweet words that make you feel the one and only and best creation on earth ….. You know the feelings, how love and companionship sweeten our lives.

Last week we registered at my clinic in Kampala, Uganda’s capital, as a discordant couple. This means one person is HIV positive and one is HIV negative.

This is important because he will get counseling, routine check-ups, and perhaps Pre Exposure Prophylaxis when we want to have babies.

An HIV positive person who follows ARV treatment consistently becomes non-infectious. Viral load becomes undetectable. So I must take my ARVs without fail every day to sustain a discordant relationship. You bet I do!

My boyfriend, who turned 28 this week (I will be 29 in January), and who lives in the same neighbourhood (this is how we met), told his family that he is marrying an HIV positive woman. Some family members objected, but he was strong, and we are planning our wedding and to live happily ever after.

For many girls living with HIV, even finding a fellow HIV positive man to date is hard. Women may suffer from self stigma and low self-esteem; they may fear disclosing their HIV status to a possible partner. Or they disclose, and the men fail them, they run away.

Another kind of failure

This year, our government failed us big time. It passed the anti HIV/AIDS bill, which has some really bad clauses for those of us living with HIV.

Concentrating on Clause 4: a person who knowingly transmits HIV to another shall on conviction be liable to a fine of up to US$ 1,900 (a fortune in Uganda) or imprisonment for up to ten years, or both.

Clause 4 means well in trying to penalize intentional infections. However, not everyone who infects someone intended to do so. My baby girl was infected during breastfeeding. I did not do that on purpose. I was too poor to afford baby formula. Does that make me a criminal?

How can you prove intention to infect? Or who was infected first? This law lends itself to malicious use, to manipulation and blackmail. It can be used by angry husbands and relatives to disposes wives and widows of land, home and children.

Clause 4 brings insecurity. It deepens stigma and mistrust and may lead to risky behavior. Women are not going to start telling guys they are dating that they have HIV. They may choose one night stands and multiple partners to avoid being identified, blamed and charged.

What is wrong with our lawmakers that they approve a law that makes us wary and ashamed of our condition, that does not help us embrace life with a healthy attitude?

I hear young people say they would rather not know their HIV status, instead of knowing and running the risk of being criminalized later.

Sadly, I have to conclude that our leaders are ignorant. As a nation, we have a lot of sensitization to do for both our communities and leaders.

In the meantime, wedding bells are ringing for us. We are blessed; we are lucky. But with this new Bill, many people living with HIV will despair of ever finding love and building a family. 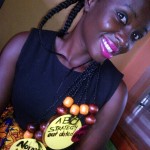