Amidst CW Disarmament, No Pause in Syrian Fighting Join the 70+ Supporters who Want Better Climate Coverage

Turning the Corner on HIV: Stories from the Frontlines

Two weeks ago I met Jeanne and Hubert Mwangaza in a poor suburb of Lubumbashi, Democratic Republic of Congo (DRC), where I was on a video assignment with UNICEF. Hubert could not wait to tell me – on camera – how proud he is that all his children are HIV negative. Him and his wife are both HIV positive. 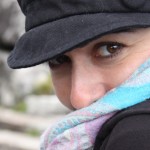 When they met, Jeanne had given up any hope to have children. Hubert convinced her that prevention of mother-to-child transmission could give them HIV-negative babies.

He accompanied Jeanne to ante-natal visits and checked that she took her antiretroviral medication regularly. He was with her during each birth of their three daughters and when they were tested for HIV.

For her last-born, Marie, Jeanne was put on the new revolutionary one-pill-a-day antiretroviral treatment known as life-long treatment.

Women on this new regimen are able to breastfeed their babies safely for six months, provided that they adhere to the treatment. Marie has to take another HIV test at six and 18 months, but Hubert is confident that his little girl, like her elder sisters, is born without the virus.

Only a few years ago, this family’s story would have been the exception rather than the rule. Today, Botswana, Ghana, Namibia and Zambia have virtually eliminated new HIV infections in children, and a few more countries in Africa are close behind them.

However, children’s access to antiretrovirals remains unacceptably low – only three in 10 eligible children receive HIV treatment in many of the most affected countries.

Dramatically improving these numbers is among the top goals for the 22 priority countries targeted by the Global Plan that aims to elimination new HIV infections among children by 2015 and keeping their mothers alive.

Securing child health is only a fraction of the job to be done. Too many women are getting infected and not all pregnant women living with HIV are accessing life-saving treatment.

Between 2009 and 2012, there has been no decrease in the number of new HIV infections among women. We need to redouble efforts in preventing HIV among adults- and especially young women- through a combination of safer sexual behaviour, voluntary medical male circumcision and use of antiretroviral therapy among discordant couples.

Voluntary family planning services for all women, including women living with HIV, can prevent unwanted pregnancies and help reduce new HIV infections among children. Young women in particular should have access to voluntary planning and comprehensive information about preventing HIV.

In the next months, Inter Press Service Africa, in collaboration with UNAIDS, Unicef and UNFPA, will tell many stories like Jeanne and Hubert’s — stories of courage and resilience that will rekindle our hope that a generation of babies born without HIV to healthy mothers living with HIV is around the corner. Other stories will highlight challenges to solve if we are to turn that corner by 2015.