Warning: Creating default object from empty value in /home/gssn/public_html/ipsorg/blog/ips/wp-content/themes/platform/admin/class.options.metapanel.php on line 49
 Zerophobia and minimum wages | IPS Writers in the Blogosphere

What’s the Alternative to a Comprehensive Iran Nuclear Deal? The Forgotten Key To Israel-Palestine: Water 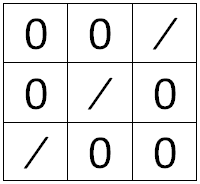 Well, OK, let’s not blame the numbers themselves.  Let’s not even assume that the intent of those who deploy them is to deceive.

We’re still facing a pervasive problem: numbers and especially dollar figures without context – the fraction of the larger numbers of which they are a part, and the time period over which they apply – leave most consumers of economic reporting without points of reference in understanding what these numbers mean.

In that weakened condition, zerophobia, which often manifests as an involuntary rapid intake of breath sometimes followed by expletives inspired by large numbers of zeroes following a dollar sign, can lead stricken citizens to misunderstand the import of quantities central to economic issues.

Quick, how big is the total budget of the City of Seattle?  I doubt many of the Seattle Times’ readers can answer that off the cuff.  But the otherwise informative story it published January 28, “$1M price tag tied to paying Seattle city workers $15/hr”, seems to assume that most readers know that figure.  Otherwise, how would they have any idea whether $1 million is a lot or a little relative to city expenditures?  They need a fraction or percentage to put it in some larger context.

For the record, the total 2014 budget of the City of Seattle is $4.4 billion. That makes the cost of the minimum wage increase 1/4,400, or 0.023 percent, of the budget.  As the piece reports, the city believes it can cover that mostly from increases in general fund revenues due to the growing economy.

Another way to report this sort of figure would be the cost per capita to Seattleites.  For an estimated 2013 population of 626,600, the $1 million dollars compute out to $1.60 per person per year.

In evaluating Mayor Ed Murray’s proposal to pay all city employees at least a $15 minimum wage, it would also be nice to know a related economic effect: the multiplier created by the increase.  How much further economic activity and tax revenue will be generated by city employees spending their wage increases?

Of course this is not just a local Seattle problem.  Economist Dean Baker of the Center for Economic and Policy Research has raised the profile of this issue nationally and internationally.  CEPR offers a budget calculator that can help put numbers in the context of the total Federal budget.  In response to him and other critics, Margaret Sullivan, the New York Times Public Editor, has acknowledged the need to make the economic figures it reports clearer and more meaningful.

Zerophobia can be cured.  It need not condemn sufferers to a lifetime of economic cluelessness.  With the caring support of fellow sources, journalists, editors and readers, afflicted citizens can recover and make valuable contributions to public discourse once again.

Dean Baker. “Mindless Budget Reporting: Fooling Some of the People All of the Time”. Washington, DC: CEPR, August 14, 2013. http://www.cepr.net/index.php/blogs/cepr-blog/mindless-budget-reporting-fooling-some-of-the-people-all-of-the-time

Dean Baker with Paul Solman. “Mindless Budget Reporting: Fooling Some of the People All of the Time”. Washington, DC: PBS Newshour, August 14, 2013. http://www.pbs.org/newshour/making-sense/mindless-budget-reporting-fool/