Warning: Creating default object from empty value in /home/gssn/public_html/ipsorg/blog/ips/wp-content/themes/platform/admin/class.options.metapanel.php on line 49
 Are immigrants really more prevalent in the U.S. today? | IPS Writers in the Blogosphere

Are immigrants really more prevalent in the U.S. today? 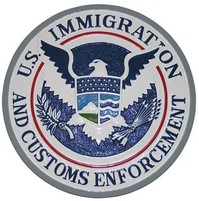 For those who missed it, last week U.S. President Obama’s new “deferred action” immigration program went into effect, halting the immediate deportation of young undocumented immigrants and allowing them to apply for work permits instead – which they did by the thousands.

In light of the ongoing immigration debate – which is likely to flare up as the presidential race heats up – I was intrigued when I stumbled on these graphs that NPR’s Lam Thuy Vo put together for Planet Money this week, based on the latest U.S. Census data.

Aptly called “100 years of Immigration in two graphs” the illustrations highlight that the percentage of foreign-born people residing in the U.S. is actually roughly the same as a century ago – it’s the origin of that foreign-born population, however, that has drastically changed and become more diverse.

Where a century ago 13.4 percent  of people living in the U.S. were foreign born and 87.2 percent of those were European, today, about 12.8 percent are foreign born, but only 12.3 percent of that group are European. Instead, Latin America and Asia take the immigration crown, with Mexico being country-of-origin numero uno.

With the public debate in the U.S. often focussing on how the total number of current immigrants breaks historic records, preferably accompanied by dramatic data graphs that start in the immigration-poor 1960s, it’s nice to see NPR’s clear data visualisation providing a larger historical and national context.

On a side note, last month I wrote about Mexican-born Librada Paz receiving the Rober F. Kennedy Award for her struggle for farmworkers’ rights, hers being a life story not unlike that of many undocumented immigrants now benefiting from Obama’s decree.

For more on the unseen effects of the U.S. deportation policies on families, read IPS’ Zoha Ashad’s piece this week.