Warning: Creating default object from empty value in /home/gssn/public_html/ipsorg/blog/ips/wp-content/themes/platform/admin/class.options.metapanel.php on line 49
 Coup d’Etat – What’s In a Name, Again | IPS Writers in the Blogosphere

Maybe it is a subject of debate in newsrooms around the world, as it has been within IPS: were the latest events in Egypt a coup d’état or a dramatic but legitimate move to regain the elusive democracy? 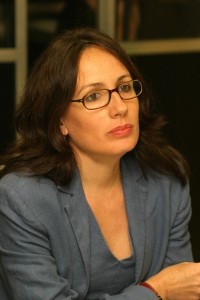 I’ve been upset the whole week with the narrative of many mainstream international media. More disturbing was the people shot dead in the street by security forces two days ago, as this video shows. But this Friday, we could see bloody repression and people shot dead all across the board.

The main argument to present this week’s developments as the last chapter of the 2012 Egyptian revolution is the earlier massive protests against the ousted democratic regime of Mohamed Morsi – followed by the swearing in of a chief justice as interim president — and the support the military action has received from a number of opposition parties and religious groups, like the Christian Copts.

“Civilian role” has been repeated once and again. But is this enough to avoid the authoritarian tag?

Those who have lived under military regimes should have no doubts. And the examples are spread all over the world.

Just a reference to my closest examples: civilians, even political parties, supported dictators or became dictators themselves in a number of Latin American countries in the 60s, 70s and 80s.

As recently as 2009, the region got lost in the same fog about Honduras, prompting me to write a story explaining the nature of a coup d’état.

This year we remember two of those civic-military rules, which began exactly four decades ago: the Uruguayan, led by the civilian and elected president Juan María Bordaberry (June 27, 1973) and the Chilean (September 11, 1973) under the cruel leadership of general Augusto Pinochet.

People still remember the deaths, disappearances and tortures. We still suffer the consequences of assailed generations growing up in the shadows.

The latest events in Egypt resemble the emergence of the same nightmare, just when Egyptians were starting to dream about democracy. Definitely, media should expose that reality, not obscure it.