Warning: Creating default object from empty value in /home/gssn/public_html/ipsorg/blog/ips/wp-content/themes/platform/admin/class.options.metapanel.php on line 49
 Fabrications around AIDS in 2010 | IPS Writers in the Blogosphere

NYTimes Floats the Case for Attacking Iran Out of darkness: facing breast cancer

Fabrications around AIDS in 2010

By Mary  Crewe and Pierre Brouard
Center for the Study of AIDS, University of Pretoria, South Africa 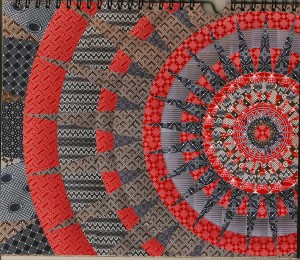 Fabrications is the theme of the  2010 calendar produced by the  Center for the Study of AIDS.  The gorgeous images are digitally manipulated African textiles.

The notion of “fabrications” was inspired by the many stories of the AIDS quilts –  designed to tell a story about someone who had died of AIDS, to honour them and to create a memorial to them that could be used as part of the fabric of people’s daily lives.

A fabrication is in this sense both a physical construction of fabrics, but also a psychological and social construction, the story of a life.

We need to tell people’s stories but we also need to acknowledge that we use stories to make sense of AIDS, to cope with it, to fashion it into something bearable, to give it meaning.

Story telling is a universal art form, but has a special significance for Africa. This calendar looks at different African fabrics, each telling a story about its creator and its country. The calendar offers ways to take these designs to tell new stories and produce new “fabrications”. 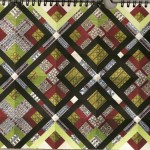 Many of the AIDS quilt stories had elements of “fabrication”, in that they were a blend of truth, memory and fantasy. It is the fantasy and fiction that is just as fascinating as “the truth”.

In the same way as people mythologized the dead, we as societies deal with HIV and AIDS by creating myths and fabrications of the epidemic, to cope with and make sense of it.

There are the myths of virgin protection, the myths of HIV in oranges, the myths of worms in condoms, of deliberate infection through syringes, and many other myths that are part of the fabric of dealing with HIV and AIDS. 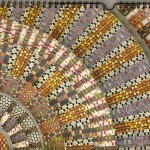 But there are other fabrications and fantasies as well – that routine testing is a prevention strategy and can bring about universal treatment, that male circumcision is the new silver bullet, that communities can easily absorb orphans, that sexuality and identity are simply and easily understood and manipulated, that behaviour change is as simple as ABC.

In its work the CSA strives to challenge many of these fabrications, find ways to create new representations of the epidemic, to tell new stories, to deconstruct and reconstruct society.

At the end of this calendar are instructions on how to make a quilt, your own fabrication.