Warning: Creating default object from empty value in /home/gssn/public_html/ipsorg/blog/ips/wp-content/themes/platform/admin/class.options.metapanel.php on line 49
 Getting the UN into GEAR! | IPS Writers in the Blogosphere

Getting the UN into GEAR! 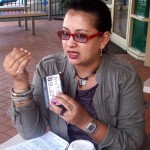 Getting into GEAR! What does this really mean in a Pacific Island state, surrounded by an ocean rising rather too quickly, that some of us are thinking about getting into gear before it becomes a sink or swim situation?

Does it mean we switch from paddling our own canoes at the pace known as “Pacific time” to powering our way into the future with the assistance of fuel guzzling outboard engines?

And as we rapidly negotiate our way through the waters, will we be protected by life jackets should there be any mishaps along the way?

Getting into the UN GEAR! 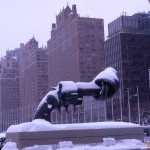 A snowed UN in NY

What does it mean for Pacific states located across the other side of the world from the United Nations, whose carpeted hallways we tread between the conference and meeting rooms and the cafeteria in New York,   while back home mothers, sisters and friends consider the calluses on their hands and feet, as we negotiate language around institutional mechanisms to support the advancement of gender equality?

Time difference, limited resources, poor telecoms and few staff assigned to work on gender equality both in capitals and UN missions are part of the Pacific reality.

This information-divide has resulted in messages being misread around some of the most “man-stream” issues. It is no wonder that sometimes we completely miss the boat in trying to formulate a comprehensive country statement for the Commission on the Status of Women.

And so I was really pleased, in fact quite chuffed that the Pacific statement in March came out clear about UN GEAR:

“We are keen to see the establishment of a strengthened single UN entity dedicated to the advancement of women. This entity would be led by an Under Secretary General and combine normative and operational functions consistent with the proposed composite model.” (option D)

Our statement also demands that the UN system be more accountable and more responsive to the Pacific states and to assist our governments to really understand how gender equality fits into the national development plans.

We are doing more than keeping our fingers crossed that this won’t become the proverbial message in the bottle trying to find its way between New York and any one of the 14 capitals of the Pacific Island member states of the UN.

As part of the GEAR working group, femLINKPACIFIC has developed a media campaign featured in the regional publication, Islands Business International.

We have just completed a fax blitz to national women’s machineries and foreign affairs officials, and we will send out information kits via fast post with enough time to ensure Pacific member states use their valuable vote in the General Assembly in September 2009.

There must be a strong resolution to really demonstrate that the UN and its member states are serious about the women of the world.

The GEAR campaign is not just about strengthening the UN structure and ensuring substantive financial resources, but to me, just as importantly, about ensuring meaningful, systematic and diverse civil society participation.

After all, women’s civil society organisations have led in making some of the gender equality commitments of the last 20 years become a reality in our homes, in our communities, and in our countries.

We work hard to implement UN Security Council Resolution 1325, CEDAW and the Beijing Platform for Action because we take these commitments seriously. They are not just words on paper.

It is therefore critical to tap into the expertise of a diverse and wide-ranging NGO constituency, including grassroots women.

The Executive Board of the new entity should include one civil society representative from each region, following the HIV/AIDS Programme Coordinating Board model. 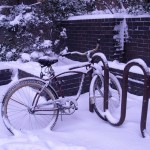 Left out in the cold.

After all, we have been left in the corridors.   We have trudged through New York snow in winter days at the CSW only  to find a meeting that has closed its doors to civil society.

GEAR should be the start of a new journey, not just for the UN, but also the women’s movement.

Women can build and paddle their own canoes. But we never build canoes just for one. We build it so we can take along our children, our families, friends and all the supplies we can manage.

As the UN finalizes the new women’s entity, here’s hoping that it won’t be so high powered that it leaves the canoes behind, but that it will throw out a rope and help the women of the Pacific, of the global south, be a real part of the future journey.