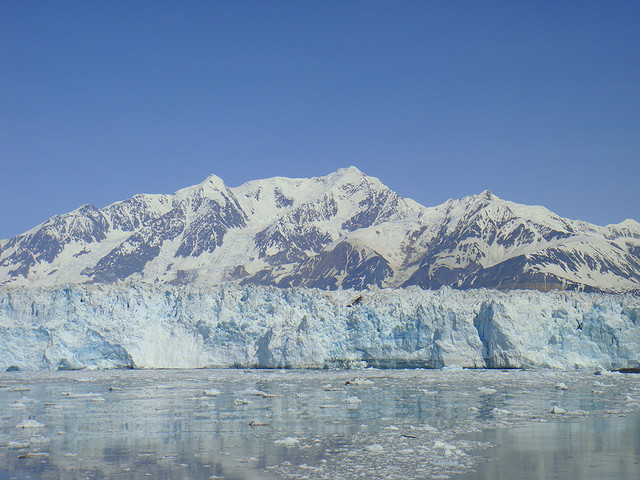 I’ve been getting a lot of press lately what with Hurricane Sandy and the U.N. climate summit in Doha, Qatar. Please allow me to introduce myself. You’ve been calling me “global warming” or “climate change” or even “climate weirding”.

I’m partial to that last one.

But since you created me, you can call me whatever you like. I am the result of burning fossil fuels and cutting down forests, which have added 40 percent more carbon dioxide (CO2) to the atmosphere than there was a hundred or so years ago. That extra CO2 has made the entire planet, including the oceans, hotter.

The warming so far looks small at 0.8 degrees C, but the impacts have been huge, resulting in billions of dollars in damages and hundreds of thousands of deaths every year from extreme weather and loss of food production. [http://daraint.org/] The heating of the planet will be far greater – three or four times more – without the major cuts in CO2.

Something like 17,000 people from every nation on the planet have come to the big U.N. climate summit in Doha called COP 18 (Convention of the Parties to the U.N. Framework Convention on Climate Change). They are here to figure out how to keep me – global warming – from getting stronger and becoming ever more dangerous.

Everyone here knows what needs to be done: stop burning fossil fuels and cutting down forests. The problem they have struggled with over the past 17 COPs is how to do it, who goes first, and how big the reductions should be. And that has become a very messy problem.

Some say it’s a “wicked” problem – unsolvable by normal means.

Most delegates work hard during these two-week annual COP meetings. Many meet in supplementary meetings three or four times a year. There have been successes. The European Union (EU) and its 27 member nations use less fossil fuels now. On paper, the EU has cut its CO2 emissions by 20 percent compared to those in 1990.

However, in reality they “exported” those emission cuts to China and other countries by getting them to manufacture the ever-increasing amounts of goods and services Europeans buy.

More than 25 percent of China’s emissions result from making goods they sell to other countries.

But all that matters to my increasing strength and power is the total amount of CO2 pumped into the atmosphere. It makes no difference where it comes from.

Two things to remember about CO2: First, it accumulates, piling up in the atmosphere and making me stronger. Second, CO2 stays up there for a hundred or more years. CO2 emitted today will still be trapping heat from the sun on Nov. 27, 2112.

Every year, the amounts of CO2 being added set a new record because it is always more than the year before. The one exception was the 2009 global recession. Emissions for 2009 were one percent less than 2008. However, in 2010 emissions jumped five percent over 2009, the biggest increase ever. Last year, global emissions increased three percent.

The folks here in Doha have their work cut out for them. If global emissions don’t begin to decline for good in the next three to five years, so much CO2 will pile up it is likely I will become extremely dangerous climate change.

After 17 years, will this COP be any different? The urgency and awareness has never been greater. Everyone knows what needs to be done, but who will be willing to do it?