Warning: Creating default object from empty value in /home/gssn/public_html/ipsorg/blog/ips/wp-content/themes/platform/admin/class.options.metapanel.php on line 49
 Global Warming: “You Can’t Negotiate With Me” | IPS Writers in the Blogosphere

Israel, UK and US fail to get Palestinians to Withdraw or Blunt UN Resolution Sucking Up to the Military Brass

Global Warming: “You Can’t Negotiate With Me” 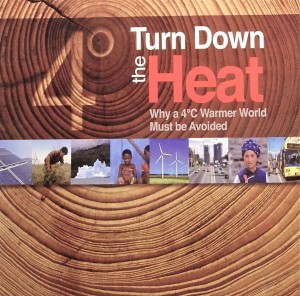 Everyone is cold inside the giant Qatar National Convention Centre where the U.N. climate summit is in its fourth day. The fossil-fuel powered air conditioning is making people cold while they work to keep me, Global Warming, from roasting the planet.

Outside, it’s actually winter and rather pleasant, if a little dusty, in this skyscraper capital of Doha. Inside, delegates from 194 states plus the European Union are ignoring me and seem to think they are in a business meeting hammering out some kind of trade deal.

You cannot negotiate with me. I will not compromise or be reasonable. I will not wait for you to come up with a perfect “win-win” solution, if such a thing even exists. I simply respond to the amount of carbon dioxide (CO2) in the atmosphere. The more CO2 that’s up there from burning fossil fuels and deforestation, the hotter the planet gets. That’s it.

Humanity ought to know by now that it has its finger on the planet’s thermostat. The simple decision here in Doha is whether to continue to dial that thermostat higher or turn it down. From what I’ve seen in the past few days, you are choosing to turn up the temperature a lot higher by failing to agree on how to turn the temperature down.

This seems an odd choice. A hotter planet will be particularly bad for humans and your civilisation. You are on your way to a world that is four degrees C hotter, which means temperatures over land will be four to 10C higher. Places where you now thrive will become uninhabitable. Billions will suffer, millions will die. This apocalyptic future you are creating is less than a lifetime away. And the road to four degrees C is unlikely to be a pleasant journey.

Apparently, for most countries, political and economic considerations trump survival. Many nations are saying here in Doha that they can do no more to reduce emissions beyond their current reduction targets. Those targets are so low that even meeting them invites a four degree C world.

I find it fascinating that youth delegates who will inherit this four degree world have so little say or influence here. They are sometimes able to make a direct plea with their government officials or perhaps to a minister for urgent action. Officials assure the youth (those between 18 and 30) that they take global warming and their futures very seriously and will do what they can.
But in meeting after meeting, those assurances are forgotten during the detailed negotiations over who will do what by when and who will pay.

Youth here are using words like “betrayal” but it’s not clear who is listening. For the first time ever, Arab youth from 15 nations have organised and come to tell their delegations that “yes, we do want urgent action on climate, and we want Arab nations to take the lead.” Those delegations were apparently shocked this week to learn young Arabs take global warming so seriously. Arab countries have been feeling my impacts with record high temperatures and flooding. No part of the world has been untouched even with only a 0.8C of warming.

In the next few days, we will see if Arab nations, or any other nation, takes a lead. Meanwhile, every day another 10 million tonnes of climate-heating CO2 is pumped into atmosphere. Time is not on your side.