Warning: Creating default object from empty value in /home/gssn/public_html/ipsorg/blog/ips/wp-content/themes/platform/admin/class.options.metapanel.php on line 49
 Is Having Risky Sex Easier now that HIV is no Longer a Death Sentence? | IPS Writers in the Blogosphere

The Israeli Battle for Bibiton U.S. Military Averaging More Than a Mission a Day in Africa

Is Having Risky Sex Easier now that HIV is no Longer a Death Sentence?

The year was 2001. South Africa was in the midst of HIV/AIDS denialism. Safer sex was the buzzword. Casual sex was discouraged, abstinence encouraged and monogamy applauded.  Many were terrified of catching the disease. 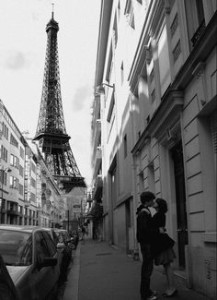 I was in a four-year monogamous relationship, six years after happily undergoing gender reassignment, and felt fairly smug that I was immune to HIV infection.

But, as the anti-establishment cliché goes, “rules are made to be broken”. I embarked on my first voyage abroad, a six-week business mixed with pleasure trip to France. Armed with French fluency, I swore it would be a trip of no pleasure denied, except for one.

I had vowed to myself and my fiancé, Mike, that I would not yield to the legendary, intimate delights Frenchmen had on offer.

Little did I know that there were men of other origins to indulge my penchant for those from North Africa. From Paris to Limoges to Lille, they were everywhere.

In the small town of Ambleteuse, alongside La Manche, or the English Channel, as the Brits call it, I met Mehdi. The olive-skinned, curly haired, perfect toy-boy looking, French-Algerian made all the right moves.

I succumbed. We did not have safe sex. Neither of us had condoms handy. I grappled with going “all the way”. The fear of HIV infection gripped me for months afterwards. It was still very much a possible death sentence.

A few years later, in 2004, I went on a working trip to France, extended by a two-week vacation in Paris.

South Africa was now on the brink of its imprudent beetroot-and-garlic so called HIV “cure”. I was by then single.

This time it was no holds barred. I had gone prepared as La Femme Fatale. France, and in particular secularist Paris, taught me the freedom of casual sex. But this time I came prepared – with condoms. The option of reciprocal oral sex was another alternative to minimise the risk of infection.

Yes, I indulged in various pleasures, but when in the City of Love, who doesn’t? And of course I was less afraid of contracting HIV than I was in 2001. Antiretrovirals (ARV) now keep HIV-positive people healthy for years.

Glamourised by the media as another manageable chronic condition, HIV is not portrayed as a death sentence anymore – provided, of course, one is diagnosed early, has the ARVs needed and takes them, has good nutrition and good medical care and maintains a healthy lifestyle. Not all people living with HIV in Africa enjoy these.

The blessed cumulative efficacy of ARVs has resulted in the progressive depreciation of the fear of HIV infection among youth. I am certainly eons less fearful than I was in 2001.

However, whether sexually desirous or hedging one’s bets, one cannot adopt a laissez-faire attitude. HIV can still kill. It still does. And resistance to ARVS is a real, life-threatening possibility.

Thus, until the golden dream of a vaccine becomes reality, the rules of HIV prevention remain. Let us not play Russian roulette. Not even in Moscow with a handsome stranger and a shot or two of vodka. So pack your condoms! 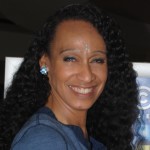 Tagged with: Countdown to Zero • HIV