Warning: Creating default object from empty value in /home/gssn/public_html/ipsorg/blog/ips/wp-content/themes/platform/admin/class.options.metapanel.php on line 49
 Letter to My Daughters | IPS Writers in the Blogosphere

Syria: Western Aid Too Little, Too Late — Again The US in the Middle East Today

Letter to My Daughters

* Kerry Kennedy is the president of the Robert F. Kennedy Center for Justice and Human Rights and honorary chair of the RFK Foundation of Europe, Onlus. 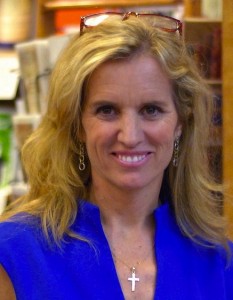 Michaela and I (along with your cousins Kick and Saoirse) have just returned from Buena Vista, where we spent the last week building a school with RFK Human Rights Award laureate Abel Barrera and five of his staff of human rights defenders, a team of 24 Americans, and an equal number of Me’phaa indigenous people.

Buena Vista is a community of about 150 people in the mountains of Guerrero, Mexico. There are about 700 indigenous communities in the region, and the literacy rate is among the lowest in Mexico, hovering near 50 percent.

For ten years the leaders of Buena Vista traversed the dirt path which is impassible during the five month rainy season, then traveled three hours more on a paved road cut into the Sierra Madre mountains—where chunks the size of tractors have disappeared down the treacherous cliffs below—to reach Chilpancingo, the headquarters of the state government, where they demanded a teacher, a school, supplies, and certification, so their children could exercise the right to education.

And for ten years, the government set forth a litany of excuses or didn’t bother to answer the demands.

As we worked side by side on the school, Marisabelle (38) helped slap mud onto the side of the adobe walls. She had had her first child at age 13, and now her three-year-old granddaughter will attend this school. She said that children between the ages of three and seven years old walk two hours to the closest school in the neighbouring village and two hours back. About three times a month the teacher simply fails to show up and rarely lets students know in advance. But the kids, hungry for an education, make the trip anyway, just in case the teacher is there.

Finally the leaders of Buena Vista contacted Abel Barrera and his team of lawyers and community organisers from the Tlachinollan Human Rights Centre who proposed a lawsuit demanding access to education for the children. This was unprecedented in two important ways.  First, there is no legal framework for an entire community to demand a right under the Mexican judicial system. And, second, the lawsuit sought to establish legal accountability for the failure to provide for the right to education.  In Mexico, as in our own country and most of the world, the legal mechanisms used to defend political rights like the right to vote, don’t work well for social, economic and cultural rights like the rights to health or education.  So this lawsuit will have implications not only for the people of Mexico but for people seeking redress around the world.

After ten years of struggle, almost as soon as the lawsuit was filed – voilà! The government sent a teacher to Buena Vista.

The government then went to the judge and said they had complied with the court order and the case should be dropped. When the judge agreed, the people of Buena Vista appealed the case and demanded not only a teacher but certification and supplies as well.

Then a series of government representatives traveled to Buena Vista, and urged the community to drop the case.

But the community persevered.

Building schools is not the business of the RFK Centre. Helping our RFK Human Rights Award laureates change laws or policies is. So we work side by side with Abel and Santiago to support Tlachinollan’s legal actions, writing amicus briefs and advocating at the federal level in the United States and in Mexico itself.

As part of our work we are currently presenting a case against Colombia regarding the right to education of indigenous people. A decision by the Inter-American Commission and Court would benefit Mexico as well.

But lawsuits can take years, children grow fast, and we pursue justice in the name of Robert Kennedy. Even though he understood the importance of changing the law, when it came to education, Grandpa Bobby didn’t wait.

When the Supreme Court decided Brown vs. the Board of Education, and demanded the integration of all public schools, the ruling fathers of Prince Edward County, Virginia, came up with a plan of resistance.  In 1959, they closed down every public school in the county. Overnight, all the white kids went to newly formed private schools, and all the black kids were out of luck. When your Grandpa, Robert Kennedy, became Attorney General, he brought a lawsuit against the county—but he knew it would be years for that suit to wend its way through the courts.  So he established the Prince Edward County Free School, recruited teachers from across the country, and that school system became a landmark in the Civil Rights struggle.

We thought it seemed only fitting that, 50 years later, at the urging of your younger sister Michaela, the human rights organisation pursuing justice in Robert Kennedy’s name should help build a school in Buena Vista.

During our trip, we saw sunrises and sunsets and everything in-between, but what we didn’t see were youth—men between the ages of 15 and 30. The one exception was Miciel.

When we asked where all of his contemporaries were, Miciel explained that they had joined the migration trail, some to pick food in Mexico, but most to the United States. Because there is no education in their community, and therefore no jobs and no opportunities for people like him to pursue, there is an entire generation living in a sort of real life Hunger Games.  Communities desperate for cash will often agree that each family sends one youth to the United States—in order to make enough to pay community dues. They know the women will likely be raped along the way and that the men may well die crossing the border, but with no education and therefore no hope of a job, El Norte is the only choice.

The first time Miciel tried to emigrate he was 15 years old and he was lost in the desert for nine days; the next time he was imprisoned by Mexican border patrol agents who stole the 1,500 dollars it took him 18 months to save.  Finally, on his third attempt, he made it all the way to New York, where he was caught and deported and dumped in one of the most dangerous parts of Mexico. From there, it took him months to get home. Right now, he is planning a fourth attempt.

These are conditions which we would not tolerate for our children or for anyone who works for us; but for someone like Miciel, opportunity means trying to hop the border and then work 80 or 100 hours a week on the migrant trail at minimum wage in awful conditions so his community can survive. Meanwhile the United States Government spends hundreds of millions of dollars to track down people like Miciel and re-deport them.

Our work at the RFK Center is helping Abel and Santiago provide a legal framework, standards and a model for other indigenous villages in Mexico and indeed across the continent—so the three-year-old granddaughter of Marisabelle doesn’t feel like her only option is to cross a border.