Warning: Creating default object from empty value in /home/gssn/public_html/ipsorg/blog/ips/wp-content/themes/platform/admin/class.options.metapanel.php on line 49
 Navigating a Condom: A Journey towards Empowerment | IPS Writers in the Blogosphere

AIPAC Moves to Plan C for Congress What’s Happening in Ukraine: A Primer

Navigating a Condom: A Journey towards Empowerment 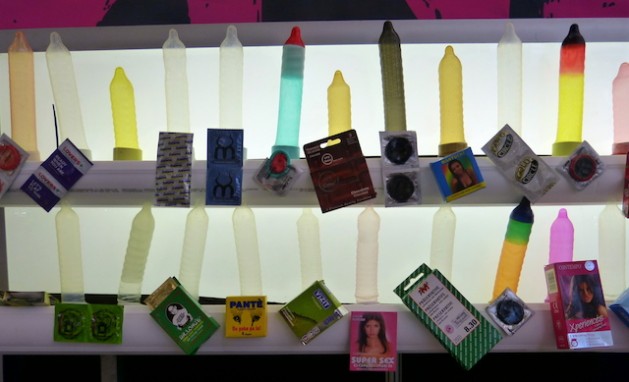 “Be assertive and insist on that piece of latex.” Credit: Mercedes Sayagues/IPS

It was 1994. South Africa was in the hype of its first democratic election. Reconstruction and development was the buzz word emanating from the newly elected government’s rhetoric.

A buzz word so apt, as I, too, was going through reconstruction and development. After years of waiting, I had started the process of undergoing gender reassignment surgery – becoming the complete woman I was born to be. By November, I had the first-stage operation. I was on top of the world.

It was about to come crashing down. One of my aunts called to say my sister had just been hospitalised for an “unknown” condition.

Sister Tammy was known as the prodigal daughter. Fifteen years my senior, she had been barred from home since the early 1980s, when she left for Johannesburg as a “boy” to live her life as the woman she was born to be. We saw each other occasionally, often secretly, when she visited our home city, Cape Town.

I rushed to Somerset Hospital in Cape Town, where the doctor informed me that Tammy was “dying of AIDS”.

I was floored!  For all those years, neither I nor any member of our family knew that Tammy had contracted HIV. And in those years, HIV was a sure death sentence.

Nothing could have prepared me for what I encountered on entering her cubicle. Opportunistic infections had affected her brain. Foaming at the mouth, continuously moaning, a skeleton of her former self, she could only acknowledge my presence with a very weak hand squeeze.  Tammy died the following day.

Having witnessed her horrifying, quick death, I swore that I would never, ever contract HIV. Twenty years later, and still HIV negative, I ascribe part of my success to my emancipated, feminist and principled life.

The art of negotiation

Insisting on alternative pleasure methods when protection is not around, employing “Victorian” above-the-belt indulgence, or plain cancellation of any sexual action has become no mean feat, including ensuring that I am in a safe space when consultation on “going all the way”, half way or no way takes place.

But many women (and “bottom” gay men) from across the social spectrum are not that empowered. Within a sexist, patriarchal world, it’s still often the man who calls the shots. The bedroom, his “palace of domination”, is where his rules prevail.

Monogamous wives, “ladies of the night”, swinging singles, experimenting teenage girls, and women in general are susceptible to HIV infection from a male partner due to his insistence on “skin against skin”. His arguments range from “I am monogamous” to he is paying for it, or “We’re just having the odd bit of fun.”

While HIV is not always a death sentence anymore with antiretroviral treatment, women still need empowerment to become assertive in navigating that male or female condom to minimise the risk of infection. Of course, this by no means absolves the man from his responsibility of navigating the condom in the first place.

Women’s emancipation in the bedroom (or the backseat of the car) is one imperative towards stemming the tide of HIV infection. Be assertive and insist on that piece of latex. A luta continua!