The fledging Okinawa Movie Festival, which is now rapidly earning a name as a vital showcase for films from Asia and Japanese regional culture, concluded last week. A glittering array of Asian artists from countries as such as China, Taiwan and India, alongside aspiring young filmmakers from Japan, presented their wares for awards in categories such as Peace, Laughter and Local Origination – the latter highlighting hidden talent in smaller towns.

An international jury was headed by the well-known U.S. film director Joel Schumacher, know for such works as A Time to Kill, Batman and Robin, and Phone Booth. “I have a special affinity for the Okinawan Movie festival,” Schumacher said, “because of its strong community angle. This concept makes the festival a place for building peace and cultural understanding between people and is an important message from Okinawa. ” 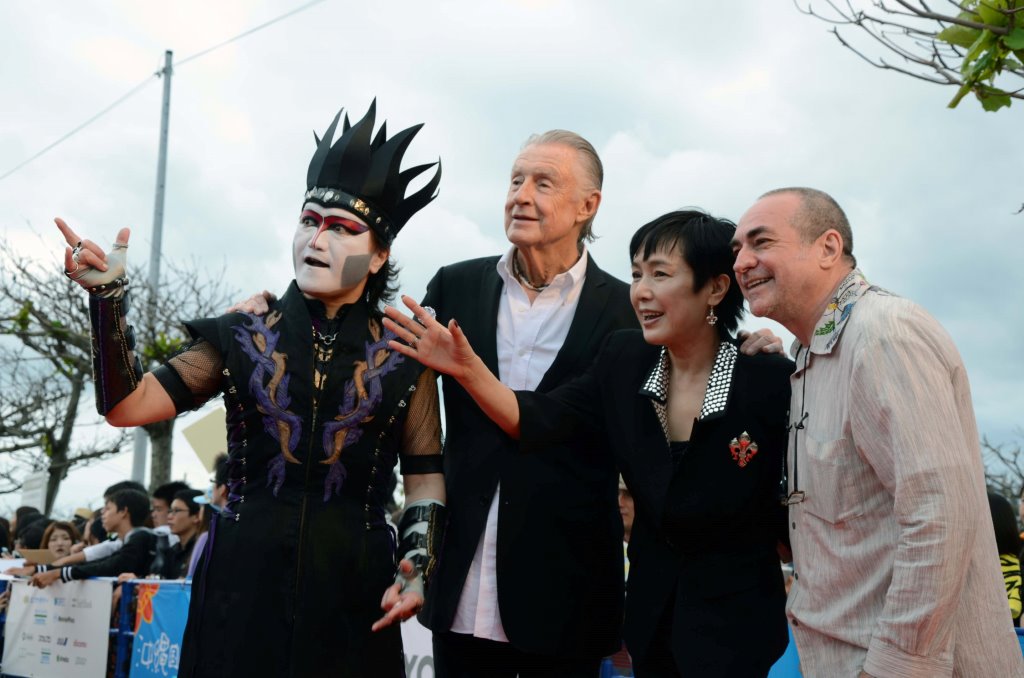 This year`s festival attracted nearly 450,000 people, mostly from Okinawa, who milled around the Convention Center in Ginowan City to watch films and catch a glimpse of the stars gracing the red carpet and speaking to the audience following their film’s screening.

Special audience programs included workshops on film and acting for school children who were on spring vacation.

“I am so glad I came to the festival this year for the second time,” said 15-year-old Rika Daimon, who came with her friends from Naha. “The festival gives Okinawa, which is usually behind other big cities in Japan, an international standing and people like us a valuable opportunity to meet important movie stars.”

The film festival, originally inaugurated in March 2009, runs on the central theme of Laughter and Peace, which is linked to Okinawan traditional wisdom that laughter is the celebration of life.

Apart from the galaxy of well-known Japanese and Asian films that were featured during the week-long festival, this year included a new category called “the local origination project,” which screened community-based movies. “Okinawan Language,” a documentary film on life in Chatan-cho, in the central part of Okinawan island, emerged as am audience favorite in the new category. Talking to the gathered viewers, director Rinken Teruya explained the film’s intention to highlights the need to protect the fast-disappearing Okinawan language that represents the unique culture of the Riyukyu islands of Okinawa prefecture.

This year, the highly competitive peace award was extended to Taiwanese film director Tien-Yu Fu for her film “The Happy Life of Debbie.”  The movie features the lives of Southeast Asian wives who marry Taiwanese men and start a new life in their host country. Fu, delighted to have won, said the Okinawa film festival is a gateway to Asia. “I am so glad my film was chosen in Okinawa. The festival brings Asian culture to the world,” she said.

As Japan`s most southern prefecture, close to Taiwan, Okinawa is home to two thirds of the U.S.’ military bases in the country and had most recently been in the news for its increasingly strained relationship with army personnel on the islands.

With its celebration of local and regional culture, the rapidly growing film festival may be striking just the right cord for local audiences, while simultaneously giving a good polish to Okinawa’s international image.

* Suvendrini Kakuchi is a Sri Lankan journalist based in Tokyo and writes for IPS news agency.