by Wayne White The Libyan National Oil Corporation (NOC) ended on January 2 a fire that raged for days among tanks in Libya’s largest oil export terminal of Es-Sider, but the militia violence fed by the implosion of governance that caused it continues. Indeed, the levels of suffering, civilian casualties, refugees, and those internally displaced

by Wayne White Libya’s chaos and violence may seem like a continuum of painful replays. However, as the situation festers, the risk of extremist elements gaining a more dangerous foothold and broader freedom of action increases. Indeed, since the beginning of this year, militant Islamists have gained ground overall, undermining what little governance remains. Making

Libya Is In Deep Trouble: The US Must Make Its Move 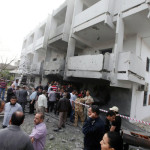 The U.S. Should Evacuate Its Libya Embassy. Here’s Why.

A robust new military challenge to what passes for the Libyan central government has further destabilized the country and placed Western and other diplomatic missions there in greater danger. Although definitions for “failed states” vary, there should be no doubt now that Libya has crossed that line — one [...] 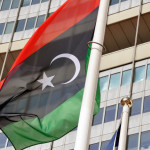 In just the past five days, stability in Libya has suffered further setbacks. Yet chronic civil disorder and unrest may seem secondary as many outside observers focus too narrowly, for example, on the status of Libyan oil exports. Then there are human rights and judicial organizations [...]

Oil markets received seemingly good news earlier this week: several closed Libyan export terminals would reopen. Yet not only is Libya still beset by a host of crippling problems, even opening the oil taps a bit more remains somewhat iffy. In fact, developments only within the past 2 weeks [...] 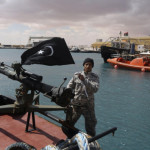