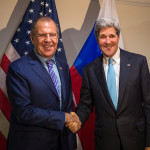 The Kerry Syria Gaffe that Wasn’t?

Yesterday we charted the way Secretary of State John Kerry’s seemingly off-handed answer to a question about how Syria could deter a US strike morphed into what’s now being referred to as the “Lavrov Proposal“. As far as I can [...] 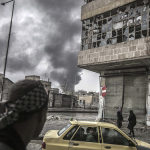 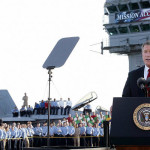 Twenty-four hours ago, we posted Amb. Robert Hunter’s analysis of the Syria question and his appeal to Obama to “keep his nerve (backed by the US military leadership) and continue resisting attempts to drag the US even more deeply into Syria.” He [...]

News and views relevant to US foreign policy for Sept. 11

“New intelligence on Iran nuke work”: The Associated Press reports that the International Atomic Energy Association (IAEA) has received intelligence from the United States, Israel and at least two other Western countries showing that Iran has “moved further toward the [...]

News and views relevant to US foreign policy for Sept. 10

“Nuclear Mullahs”: The former executive editor of the New York Times, Bill Keller, summarizes the debate over Iran’s nuclear program and concludes that no war with Iran is far better than a preemptive war and hopes for a [...]

I’ve already alluded to the obvious difference of approach displayed by Bill Keller to the prospect of a U.S. war with Iran when compared to his work during the Iraq war as the executive editor of the New York Times. As Eric Alterman, Stephen Walt and others have pointed out, his [...]