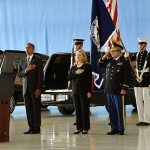 Embassy Safety: Learning from Mistakes in Tehran and Benghazi

My dear friend and colleague, Henry Precht, in his discussion Wednesday about the sad path of US-Iran affairs in the last 30 years, did not mention that a day after his snowy trip to the State Department, the Embassy in Tehran was under heavy [...]