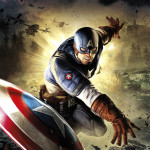 If you want to get some insight into how the Washington Post’s editorial board increasingly thinks of the world and the U.S. role in it, editorial page editor Fred Hiatt’s column in Monday’s newspaper provides a good idea. While Hiatt is generally not as 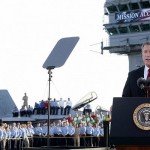 Jackson Diehl, the deputy editorial page editor at the Washington Post who also writes a weekly foreign affairs column, generally stands at the intersection of neo-conservatism and liberal interventionism and, in my view, holds a lot of the responsibility for the paper’s neo-conservative editorial drift over the [...]

The New York Times reports that despite US reluctance to arm Islamist actors in Syria, that’s happening as the US does little to vet the actions of its partners Qatar and Saudi Arabia. Though the amount of aid flowing to the badly-equipped rebels is still relatively small as other on-the-ground [...]

This article originally appeared on AlterNet.

The drama never stops unfolding around the Clarion Fund, the operation behind a string of movies dubbed “anti-Muslim” by critics.

The group’s latest salvo is an hour-long documentary called “Iranium”, which more or less gives airtime to a gaggle of neoconservatives and their [...]

Commentary: Max Boot blogs that, in light of Hamid Karzai’s acknowledgment that he receives $2 million a year from Iran, “the Iranians have attempted similar dollar diplomacy in Iraq, Lebanon, and lots of other countries. No surprise that they should try the same [...]

News and views relevant to U.S.-Iran relations for October 11th, 2010.

The Washington Post:  In an editorial, WaPo’s Jackson Diehl writes the Obama administration’s foreign policy strategy is marked by public and highly choreographed “process” and timelines. On Iran, Diehl points to the administration’s statement last spring that Iran was two to five [...]

Bret Stephens, the neoconservative foreign policy editor for the Wall Street Journal op-ed page, proclaims in his column today that “the Iranian Green Movement is dead”. The column is a revealing one, although not for the actual argument, which is shoddy even by Stephens’s standards. (He predictably places all blame on Obama for the [...]