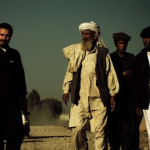 Chalmers Johnson’s book Blowback: The Costs and Consequences of American Empire was published in March 2000 — and just about no one noticed.  Until then, blowback had been an obscure term of CIA tradecraft, which Johnson defined as “the unintended consequences of policies [...]

Further to Jeremy Scahill’s reporting on General David Petraeus’s impact on the CIA is a post at the Afghanistan Study Group by Mary Kaszynski on the costs and feasiblity of nation-building in the war-torn country:

Bing West, assistant Secretary of Defense for President Reagan, had this to say about [...]

As head of US Central Command in 2009, Petraeus issued execute orders that significantly broadened the ability [...]

This week Al Jazeera English (AJE) aired a program that speaks to an article we published on Monday by Dr. Emile Nakhleh, a former top Central Intelligence Agency officer and Mideast expert. Nakhleh argues that by continuously repressing reform movements within their country, the autocratic rulers of Bahrain, Syria and [...]