by Mitchell Plitnick Take a particularly provocative and grandstanding Israeli government and shift its focus from Hamas and Gaza to Jerusalem and you have a most explosive recipe. That potion is being stirred now, and the results could shake up the status quo in a way that we have only seen a few times in Israel’s

How Does Israel Assess the Threat Posed by ISIS?

by Derek Davison A former senior analyst for Mossad, Yossi Alpher, told an audience in Washington Thursday that Israel sees the Islamic State (ISIS or IS) as an “urgent” national security concern, but the context of his talk at the Wilson Center implied that the extremist Sunni group does not top any Israeli list of 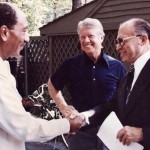 To understand why Israel and Hamas keep fighting, and why Secretary of State John Kerry was unable to forge a permanent peace agreement between Israel and the Palestinians, it helps to do some homework. Read Volume 8 of the State Department’s “Foreign Relations of the United States” series [...] 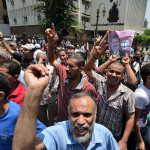 Does repression force Islamic parties to moderate? This is the key question Shadi Hamid raises in his seminal book on political Islam, governance, and Islamist “illiberal” democratic ideology.

Temptations of Power: Islamists & Illiberal Democracy In a New Middle East is a first-rate, thorough, yet controversial study of what drives [...] 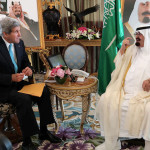 For the United States, Saudi Arabia, other supporters of the rebels in Syria, and for the rebels themselves, this has been a month of fast-paced, intense diplomatic and political activity. It is tempting after so much time and so many deaths to dismiss all the events [...] 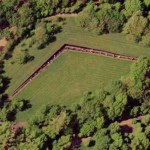 Now that we have heard Secretary of State John Kerry’s emotional plea for us to believe the still rather ambiguous intelligence on chemical weapons use in Syria, there are far more substantive answers to be sought from the Obama administration.

Putting aside the remaining ambiguities as [...] 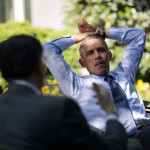 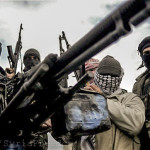 Until now, most foreign military assets flowing into Syria have come from Russia, Iran, or Iran’s Lebanese ally, Hezbollah. Arab and Western military aid to the rebels has been far less: lower in volume, composed of lighter weapons, and somewhat erratic. Now that Washington has tipped its hand, its [...]