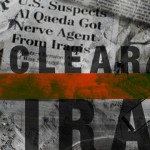 It’s June 15, 1992. A news nugget on page A-12 of the Washington Post reports that the chief of Israel’s Air Force believes military action might be necessary to prevent Iran from developing nuclear weapons:

Obama needs a Game-Changer on Iran

This was one of the most memorable lines from Barack Obama’s 2008 acceptance speech at the Democratic National Convention: “the greatest risk we can take is to try the same, old politics with the same, old players and expect a different result.”

When Iran gets the Bomb

Editor’s note: While nuclear weapons are no laughing matter, the extent to which hawkish policy-focused organizations propagate alarmism about the so-called Iranian threat is hysterical (case in point). That’s why Dr. Strangeseuss couldn’t resist writing a response to the Hudson Institute’s June 21st conference, “When Iran Gets the Bomb“, [...]