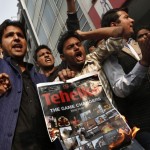 “Operation West End“ – a sting carried out by two young journalists commissioned by the [...] 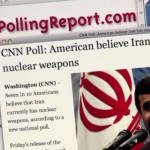 Few observers would question that news coverage prior to the 2003 U.S.- led invasion of Iraq affected public perceptions about the threat posed by weapons of mass destruction. Are news media making the same mistakes in covering Iran’s nuclear program? In short, yes and no.

How Can the Media Build Peace Culture?

IPS’ General Director Mario Lubetkin is about to speak at the U.N. High-level Forum on a Culture of Peace in New York today.

Lubetkin’s participation high-lights the importance of the press in creating peace culture through its role as both documenters and public opinion makers.

Realising that importance, IPS has run a number of [...]

Edward S. Herman and David Peterson posted an in-depth comparative study on the Monthly Review website about the U.S. media’s hyper-focus on Iran and its Iranian nuclear program, while ignoring other significant stories on nuclear possession and global events. The statistics will floor you — “astounding ratios,” the authors write.

The barks of pro-Israel media “watchdog” groups like CAMERA (Committee for Accuracy in Middle East Reporting in America), The Israel Project , and the meretriciously monikered website HonestReporting have echoed the Israeli government’s talking points about the Israeli navy’s attack on half a dozen civilian ships bringing aid to Gaza, in defiance of an Israeli blockade.

But if you’ve been looking to the so-called “liberal” media for more balanced coverage of the events as they’ve unfolded in the international waters off the Gaza coast, you’ve probably gotten thef yip-yap of a pro-Israel poodle.

A New Year for Gender Masala

This is truly a New Year in many ways: Gender Masala and I are in transition in 2010.

I am moving to Maputo, Mozambique,  to work in health reporting. Gender Masala will remain in the IPS Gender Portal with a more collective identity,  infused by several  IPS writers.

A Babel of Jargon

My friend is looking for a job. He finds an ad of the US-based Mercy Corps and calls me for a translation. The ad is in English – sort of – but he can’t figure out what it is about:

“Invitation for a consultancy in conducting a training on enhancing facilitation skills of development practitioners [...]