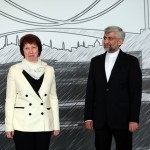 Iran and the P5+1 — the five permanent members of the UN Security Council plus Germany — are set to resume nuclear talks in Kazakhstan on 26 February, but little appears to have changed since their previous meeting in Russia last summer. 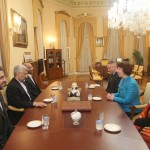 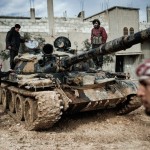 Should Iran be Included in Syria Conflict Diplomacy?

As former top State Department intelligence specialist Wayne White points out for Lobe Log, in the absence of a tenable ceasefire agreement, the quagmire that is the Syrian civil war will likely intensify, thereby only worsening post-Assad scenarios.

Last week I attended an event hosted by the Arms Control Association and the National Iranian American Council on how to make diplomacy work with Iran. I wrote about it here. Keynote speaker Zbigniew Brzezinski was the last to speak and showed up minutes before he took [...]

Where is the Iran sanctions regime heading?

I don’t know the answer to the question I’ve posted above, but today’s news may offer an indication:

The EU imposes new sanctions against Iran’s nuclear program and reaffirms its said commitment to reaching a peaceful, diplomatic solution:

…the objective of the EU remains to achieve a comprehensive, negotiated, long-term settlement, [...]

Will the US choose war or peace with Iran?

The National Iranian American Council’s Reza Marashi, who served at the Office of Iranian Affairs at the US Department of State during the transition from the Bush to Obama administration, on the key foreign policy issue facing the next president of the United States:

National Security and Nuclear Diplomacy was published in Iran during the autumn of 2011 but most people only learned about it a few months ago after it was made available during Tehran’s International Book Fair in May. It’s significant because the author is Hassan Rowhani, the country’s nuclear negotiator for 22 [...]

Who’s the stranger in Moscow?

Song: “Stranger in Moscow” by the late and great, Michael Jackson

Julian Borger, Laura Rozen and Scott Peterson report on the “wide gap” and the “nitty gritty” details of the latest round of nuclear talks between Iran and the P5+1 (the five permanent members of [...]