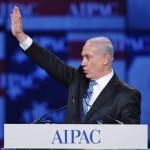 Is the Israel Lobby Losing Its Grip?

In recent weeks, a few incidents have begun to raise questions about the vaunted power of the so-called “Israel Lobby” and whether its influence might be waning. First there were the AIPAC-backed congressional bills that sought to level sanctions on the Palestinian Authority to punish it for having gone to the [...]

I spent the weekend canvassing for Obama in the Virginia Beach area. The task for the hundreds of volunteers who descended from DC and New York was to make sure the maximum number of Virginia’s “sporadic Democratic voters” — a designation which seemed to mean, pretty much, [...]

The answer to this question is simple: there is no such thing as one Tehran. Opinions vary and arguments to back up the case for either Barak Obama or Mitt Romney are sometimes unexpected. The way it looks now, the hardliners prefer Romney. Just listen to the argument made by [...]

Should the consequences of war with Iran be discussed in private?

This week, Jeffrey Goldberg gave cover to Mitt Romney’s critique of public discussion about the consequences of going to war with Iran in Bloomberg News.

Goldberg wasn’t giving Romney a platform for his messaging; he agrees with the Republican nominee’s assessment:

Romney’s more potent criticism of Obama has more to [...]

Jim Lobe on Obama vs. Romney’s approach to Iran

Q: How might the approach to Iran differ depending on who does end up in power at the end of the [...]

Israeli Prime Minister Benjamin Netanyahu pulled an “October surprise” out of his hat when he announced his Likud party would form a joint list in the upcoming election with Avigdor Lieberman’s fascist Yisrael Beiteinu party. This is more of a partnership than a merger, but it has profound implications.

Robert Wright points out why a first-term President Mitt Romney would be more susceptible to hardline pressure on Iran than a second-term President Barack Obama:

Second-term presidents think legacy, and nothing says legacy like peacefully and enduringly solving a problem that’s been depicted as apocalyptic. So expect Obama to pursue serious negotiations [...]