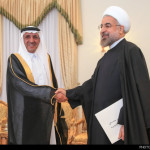 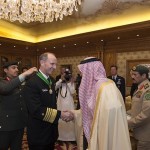 As the administration of President Barack Obama continues wrestling with how to react to the military coup in Egypt and its bloody aftermath, officials and independent analysts are increasingly worried about the crisis’s effect on U.S. ties with Saudi Arabia.

The Washington Times: Ilan Berman, vice president of the hawkish American Foreign Policy Council, writes that the WikiLeaks cables “demolishes a number of sacred cows relating to American policy towards the Islamic republic” and brings the United States “one step closer to [...]

Details are still emerging on the exchange of artillery fire in the Yellow Sea following what has been described as a North Korean artillery attack on South Korea. However, this incident, combined with reports of Pyongyang’s highly enriched uranium (HEU) facility, has given new life to the eternally rehashed comparisons between North Korea and [...]

As mentioned in today’s Daily Talking Points, The Washington Times’ Ben Birnbaum is attempting to keep current the discredited, but never quite dead, argument that Arab states would support a U.S. or Israeli military strike on Iran’s alleged nuclear weapons program.