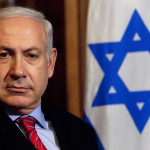 Israel’s Fraying Image and Its Implications

It is a privilege to have been asked to join this discussion of Jacob Heilbrunn’s account of Israel’s fraying image. His article seems to me implicitly to raise two grim questions. 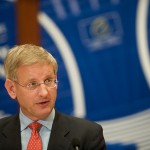 With the widely touted shift in the public opinion polls after the first presidential debate, Mitt Romney is no longer an underdog. That being the case, his pronouncements are attracting some well-deserved scrutiny from mainstream media sources. Romney’s major foreign policy speech at the Virginia Military Institute on Oct. 8 [...]

“U.S., allies in Gulf naval exercise as Israel, Iran face off”: Reuters reports on the mineclearing exercise scheduled to take place in the coming days in the Strait of Hormuz:

Publicly announced in July, the operation, known as IMCMEX-12, focuses on clearing mines that Tehran, or guerrilla groups, might deploy [...]

On Monday the Wall Street Journal published a breathless article about Iran sending troops to bolster Syria. Quite a bit of the piece is a re-write of a previous story based on anonymous sources and speculation about Iranian hostages in Syria, some of whom are reportedly retired members of [...]

Romney’s Foreign Policy Speech Was All Fear, No Substance

Mitt Romney’s eagerly awaited foreign policy speech at the Citadel was welcomed by neoconservative hawks who supported the George W. Bush administration’s adventurist foreign policy. But Romney’s speech stood out in that it was full of dire predictions for the future — indeed some were downright apocalyptic — while offering few if [...]