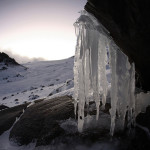 While this blog is devoted to U.S. policy toward the Middle East, it should come as no surprise to regular readers that I regard climate change as likely to be the greatest challenge faced by the United States and the world over for the coming century and beyond. 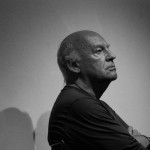 The Life and Death of Words, People, and Even Nature

[The following passages are excerpted from Eduardo Galeano’s new book, Children of the Days: A Calendar of Human History (Nation Books).] 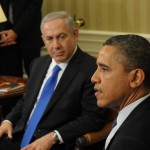 [Note for TomDispatch Readers: Once again, many thanks to all of you who contributed to our year-end funding drive.  In the last couple of weeks, amazingly enough, contributions have come in from 39 states and 11 other [...]

Sucking Up to the Military Brass

Generals Who Run Amuck, Politicians Who Could Care Less, an “Embedded” Media… And Us

Few things have characterized the post-9/11 American world more than our worshipful embrace of our generals. They’ve become our heroes, our sports stars, and our celebrities all rolled into one. We can’t [...]

On returning from his first trip to the Gaza Strip, Noam Chomsky told Democracy Now’s Amy Goodman, “It’s kind of amazing and inspiring to see people somehow managing to survive as caged animals subject to constant, random, sadistic punishment only to humiliate them, no pretext. Israel and the United States keep [...]

The Fall of the American Empire (Writ Small)

History, it is said, arrives first as tragedy, then as farce.  First as Karl Marx, then as the Marx Brothers.  In the case of twenty-first century America, history arrived first as George W. Bush (and Dick Cheney and Donald Rumsfeld and [...]

[Note for TomDispatch Readers:  As many of you know, without the Nation Institute, a no-name listserv would never have become TomDispatch -- and that splendid outfit has supported this site ever since.  Let me recommend one thing in return: each year the Institute holds a gala dinner to raise much-needed [...]

[Note for TomDispatch Readers: The latest Dispatch Books volume, Nick Turse’s The Changing Face of Empire: Special Ops, Drones, Proxy Fighters, Secret Bases, and Cyberwarfare,is now available at Amazon for those who buy there and can also be purchased directly at the website of our independent political publisher, Haymarket Books.  In addition, [...]

A Failed Formula for Worldwide War

How the Empire Changed Its Face, But Not Its Nature

They looked like a gang of geriatric giants. Clad in smart casual attire — dress shirts, sweaters, and jeans — and incongruous blue hospital booties, they strode around “the world,” stopping to stroke their chins and [...]