Warning: Creating default object from empty value in /home/gssn/public_html/ipsorg/blog/ips/wp-content/themes/platform/admin/class.options.metapanel.php on line 49
 Why We Must Act Now to Include Disability in Development Planning | IPS Writers in the Blogosphere

Why We Must Act Now to Include Disability in Development Planning

Next week we’ll hear the UK government’s response to the recommendations made by the International Development Select Committee’s inquiry into development and disability.

The potential for this to change the lives of people with disabilities living in poverty around the world should not be underestimated.

People with disabilities have been left behind

Around one billion people—or 15 percent of the world’s population—have a disability, and in many countries they are among the most excluded and hardest to reach of all groups in their community. 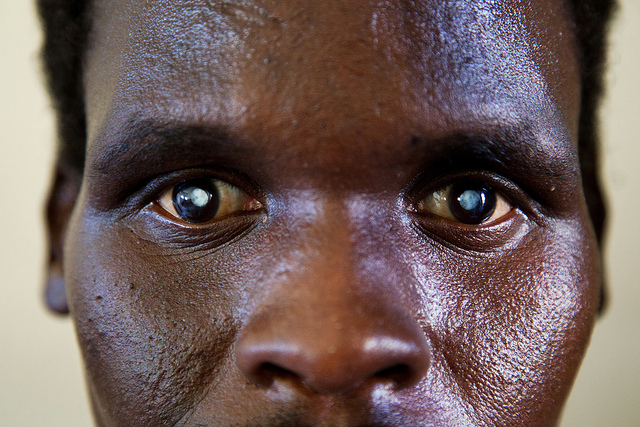 In 2000 world leaders agreed on an ambitious development framework consisting of eight Millennium Development Goals (MDGs). In the 14 years since those goals were set, we have seen some of the most important steps towards poverty elimination in, child deaths have fallen by more than 30 percent and deaths from malaria have fallen by one quarter.

One critical group, however, has been largely left out from this progress.

Almost 14 years on, the exclusion of disability from the MDGs has materially affected many people with disabilities as well as their families. They are less likely to have access to healthcare and education, and in turn find making a livelihood and escaping poverty that much more difficult, if not impossible.

Fifteen-year-old Nabirye from Uganda lost her sight aged nine, following an infection, and had to drop out of her school immediately as it didn’t have the equipment or teachers needed to support students with disabilities such as hers.

“I felt so bad leaving school. Now I don’t do anything, I just stay at home. When I was at school I liked science and English, I wanted to be a lawyer, but I have been a long time out of school now so I don’t think I can anymore.”

At 15 years old, she still has enormous potential, but with every day out of education a bit more of it is lost.

In 2015 a new development framework will be agreed by current world leaders, replacing the MDGs.

Last month the World Bank President, Dr. Jim Kim, spoke about the opportunity this generation has to end extreme poverty – within a generation. For those of us in international development, that’s inspiring but not achievable if people with disabilities continue to be excluded from development policy and process and don’t have a say in the issues that affect them.

And that is why the recommendations by the IDC on how the UK government, a leading development donor, develops its policies and spends its money are so critical.

The work of the government’s Department for International Development (DfID) on disability and development has never before received such scrutiny from parliament and it is over a decade since the UK government announced new policy in this area.

If the opportunity presented by the select committee report is missed, it could be years before disability and development will receive this level of political attention again – leaving another generation excluded.

As a leading aid donor, the UK has a unique opportunity to influence the setting of the next global development goals, which will shape the lives of people for more than a generation.  But to do this effectively the government needs to lead by example and ensure that UK aid is fully inclusive of people with disabilities.

In 2000, DfID broke new ground by being the first bilateral agency to explicitly address the link between poverty and disability. Yet, despite being an early champion of disability as a development issue, no concrete policy has since been formulated. The select committee’s inquiry identified this gap and was clear that what’s needed to reach the world’s poorest people was a ‘disability strategy with clear targets and timescales’. This echoes the campaign call of Sightsavers’ Put Us in the Picture campaign.

We recognise that inclusion is not an easy task. Detailed analysis is required in order to effectively target people with disabilities and ensure that they are not excluded from development policies and programmes. This is a challenge both governments and development agencies face.

As part of our support to this process, Sightsavers is piloting a project to disaggregate data by disability in Africa and Asia. This will help us understand how development programmes really can include those most in need and are delivering demonstrable results.

The value of this is demonstrated by the work Sightsavers is doing through the Voices of the Marginalised pilot project, which aims to bring the perspective of those living with disabilities, through participatory research, into global decision-making processes.

Will we take this opportunity to act now?

The committee’s report offers hope and promise to people with disabilities around the world who do not currently have a voice in or benefit from UK aid.

However, this promise will remain unfulfilled if the UK Government does not come out with a positive, ambitious response that commits to prioritising people with disabilities in its development work through the implementation of a disability strategy.

We need to build on the progress that has been made so far and show leadership. We need to ensure the plans we put in place now, and which will impact on the lives of people globally for years to come, leave no one behind. We need to seize this opportunity or face letting down another generation. 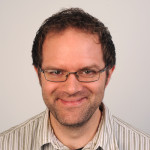