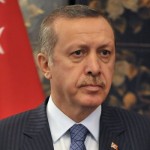 After a campaign involving a corruption investigation and nation-wide bans on social media, and an election day marred by deadly violence, Sunday’s municipal elections in Turkey resulted in what appears to have been a clear victory for Prime Minister Tayyip Erdogan’s Justice and Development Party (AKP). [...] 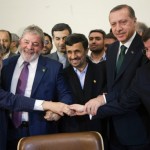 From Richard Javad Heydarian On January 17, 2013 · Leave a Comment

Since the advent of the Syrian Revolution and tightening transatlantic sanctions against Iran in 2011, Tehran and Ankara have had a particularly tough time maintaining a facade of mutual amity and cooperation.

Last December, President Mahmoud Ahmadinejad hastily cancelled a cultural trip to Turkey, where he was scheduled to meet [...]

In a statement issued Wednesday after a meeting with foreign ministers from the P5+1 (China, France, Germany, Russia, the UK and the U.S.), the European Union’s top diplomat, Catherine Ashton, announced that the world’s major powers “seek an early negotiated solution” to the ongoing tension over Iran’s nuclear program.

News and views relevant to U.S.-Iran relations for September 22.