by Umar Farooq For more than thirteen years, Turkey has made a slow but steady transition towards a free and democratic society, despite the occasional pang of apprehension among some about where that road might lead. The men at the helm of that transition, Recep Tayyip Erdogan and Fethullah Gulen, began as allies, perhaps the most 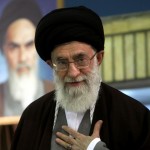 Following debate in Iran ahead of its June 14 presidential election is like watching a movie by Luis Bunuel — think the Discreet Charm of the Bourgeoisie — or looking at a painting by Salvador Dali; everything opposes reality.

Indeed, while the candidates of various political stripes vigorously and energetically discuss [...]

The surviving Boston Marathon bomber reportedly told authorities the U.S. “war on Islam” drove him and his brother to commit their terrorist act. Their linking the wars in Iraq and Afghanistan with a perceived global war on Islam is at the heart of the Jihadist [...]

The Alliance from Hell

How the U.S. and Pakistan Became the Dysfunctional Nuclear Family of International Relations

The United States and Pakistan are by now a classic example of a dysfunctional nuclear family (with an emphasis on “nuclear”). While the two governments and their peoples become more suspicious and resentful of [...]

First came the hullaballoo over the “Mosque at Ground Zero.”  Then there was Pastor Terry Jones of Gainesville, Florida, grabbing headlines as he promoted “International Burn-a-Koran Day.”  Most recently, we have an American posting a slanderous anti-Muslim video on the Internet [...]