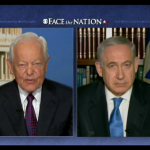 Israel’s Strategic View of Iran: Time for a Change?

What a pity that Mr. Netanyahu’s interviewer on CBS’s “Face the Nation”, Bob Schieffer, chose to throw Israel’s Prime Minister a succession of softballs (the cricketing equivalents are called “dollies”).

It would have been refreshing if Mr. Schieffer had asked the PM how he squared his [...]