“We are using politically correct language … to evade addressing the real issues why progress on core commitments has been so weak since [the] Paris Declaration nine years ago”, remarked a delegate from a small African island nation at a workshop preceding the First High-Level Meeting on Global Partnership for Effective Development Co-operation, which was held in Mexico City on 15-16 April, 2014. The remarks were met with thunderous applause. 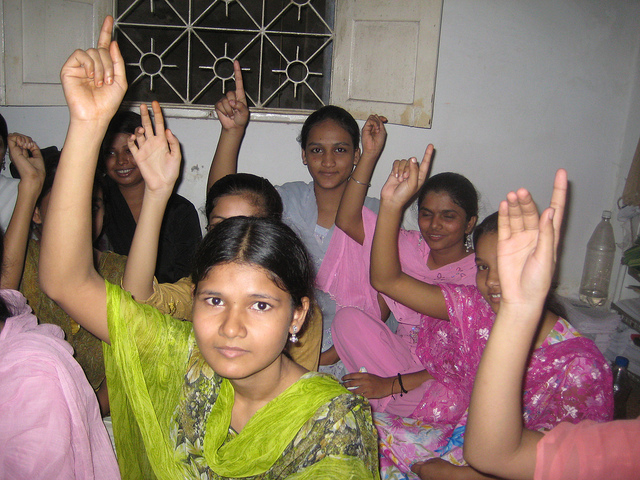 Jointly sponsored by UNDP and OECD, the High-Level Meeting intended to demonstrate progress towards truly global partnerships between governments, business and civil society in making development co-operation more effective and sustainable. But opening remarks by leaders of the two sponsoring agencies and the plenary panel discussion seemed largely focused on ‘aid effectiveness’. Concepts of risk management, improving public finance management and procurement systems of recipient countries, predictability of aid flows and monitoring results to report to donor countries’ parliaments were the main discussion points. Progress on these aspects seemed to be the dominant concern of sponsors and panellists.

In break-out groups, aid continued to be the focus around which issues of ownership, transparency and partnerships were being constructed and realised.

As a delegate from India –now a large middle-income country (MIC) with high levels of poverty, despite its rapid economic growth during the past decade– these conversations seemed to me somewhat irrelevant and dated. Instead, critical issues of malnutrition, violence against women, social inclusion and sustainable livelihoods need to be tackled in India through improved democratic governance, transparency and accountability. Domestic resources are adequate for addressing these issues in my country, but they are not deployed in an efficient and productive manner.

This significant gathering in Mexico of over 1,500 delegates from around the world raised important questions for the future of development co-operation. Is a new global partnership being constructed around the old issues of ODA? Are lingering concerns of aid effectiveness from Paris and Accra still unresolved 30 months after Busan? Will a new age of development co-operation be able to break free from previous ODA (Official Development Aid) frameworks? Will new actors in the development arena — large emerging economies such as the BRICS (Brazil, Russia, India, China and South Africa) and other middle income countries– find resonance of their principles and aspirations in future debates? How will local level ground-up partnerships define contextually appropriate development effectiveness, without reference to global actors?

Various focus sessions and plenary presentations during the two-day conference demonstrated several shifting trends. First, emphasis on effective development co-operation was reiterated as an important shift away from Busan. But it was not clear how the effective co-operation framework and indicators would differ from the old ‘aid effectiveness’ paradigm in practice.

Second, inclusive multi-stakeholder partnerships involving governments, civil society, business and thinktanks were agreed to be crucial to achieveing effective development co-operation. What remains ambiguous is how unequal power relations between stakeholders can be handled for meaningful co-operation.

Finally, there was welcome attention to the strengths and development challenges of the MICs. As the president of Mexico reminded the audience, countries like his are both recipients and providers of development assistance and hence able to better empathise with other developing countries.

Non-state actors are becoming more relevant in promoting development effectiveness and civil society organisations from many larger MICs have long worked in solidarity with their counterparts in other developing countries. Now, businesses and thinktanks are also becoming important non-state actors in promoting South-South development co-operation.

The Rising Powers in International Development Programme, hosted by the UK Institute of Development Studies (IDS), is working to build an evidence base around the role of rising powers in international development, producing new thinking and practical guidance on engagement and mutual learning.

The programme’s global delegation attended the Mexico meeting to share lessons from non-state actors’ contributions in the emerging Global Partnership for Effective Development Cooperation and we will continue to strengthen civil society contributions through the new Future International Co-operation Policy Network.

Beyond demanding transparency and accountability around the aid that their own countries still receive, we’ve found that civil society organisations from MICs can add significant value to other countries’ development cooperation. From the four case studies we presented at the High-Level Meeting, we derived four important lessons for taking forward principles and mechanisms of civil society-led South-South Development Cooperation (SSDC).

Thirdly, a multi-stakeholder approach is essential to ensuring sustainability.

Finally, new methods of measuring SSDC need to be explored to capture the complex effects of civil society-led transnational initiatives.

Alongside governments and businesses, CSOs have been developing innovative practices to contribute to the global struggle against poverty. They have considerable experience and great potential of sharing these practices internationally as well as at home, and their important contributions should not get lost in the state-to-state negotiations that can often become the focus of global initiatives such as the Global Partnership.

Rajesh Tandon is the Founder and President of Indian civil society organisation Participatory Research in Asia (PRIA) and a member of the Future International Cooperation Policy Network.