Warning: Creating default object from empty value in /home/gssn/public_html/ipsorg/blog/ips/wp-content/themes/platform/admin/class.options.metapanel.php on line 49
 Can we tell different AIDS stories? 15 months of Countdown to Zero | IPS Writers in the Blogosphere

“We’ve done enough, our readers don’t want anymore, and besides, AIDS is not a problem anymore. There is treatment now, so it’s a matter of personal responsibility not to get infected,” he said. 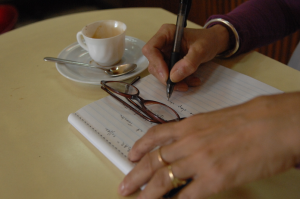 Is there something new to say about AIDS? The editor of Countdown to Zero reflects on 15 months of reporting on HIV and AIDS in Africa. Credit: M. Sayagues

I understood where he was coming from. He, his reporters and their readers had had enough of the standard AIDS stories:
• provincial and national press releases with numbers of people newly diagnosed or on treatment
• portraits extolling the heroic grannies and the poor orphans
• feature stories blaming the sex workers and truckers along the Beira corridor and the Mozambican miners bringing back hard-earned monies and the virus from South Africa.

So, when in September 2013 IPS asked me to be the editor of Countdown to Zero, I said yes to the chance to tell different AIDS stories.

We had many assets to help us in this journey: The IPS network of African correspondents in hard-hit countries, the help of our partners, UNICEF, UNAIDS and UNFPA, to connect reporters with experts across the continent and to prod the experts to be interviewed, and tips from experts about cutting-edge issues, news and angles.

And so we sailed, originally for one year, extended to 15 months. More than 30 stories and 30 blogs later, I can reflect on my experience as editor.

I train journalists across Africa on health and gender reporting, so I enjoyed Countdown’s on-the-job training component.

Since few of our journalists are specialized health reporters, this meant guiding them along the maze of statistics and jargon, without drowning in facts and keeping the structure of the stories tight and clear.

The most rewarding, though also the hardest, was managing the blog.

These amazing bloggers opened their hearts and their lives to me, beyond what was published.

None was a professional writer but they all had things to say, and it was through our collaborative effort that it was well said.

Yesterday I heard Oliver Mtukudzi sing, under the shadow of Cape Town’s Table Mountain: “It’s not about what we have achieved but what we have overcome.”

I thought about our bloggers’ dramatic stories and how they had overcome adversity and stigma to become beacons of hope and role models to others.

Thank you, Countdown bloggers, for allowing me and my nosy questions into your lives and for sharing your journey with our readers.

I monitored the reprints in Portuguese in Mozambique. The results were impressive; we reached a varied readership. The popular free weekly Verdade(readership 100,000) gave full pages to many of our stories.

Women in Law in Southern Africa/Mozambique reposted in its Portuguese and English websites our stories on cervical cancer and on young women’s shockingly high rates of HIV infection across Africa. The network of NGOs for sexual and reproductive rights and health circulated our Mozambican stories.

In the last three months we went for multimedia, producing packages with infographics, audio soundslides and videos. This was the best part. We developed a spiffy new website to host our packages and they look awesome. Check it out here.

We did a series of stories on the daily struggles of children and youth living with HIV, the forgotten contraceptive needs of women with HIV, and the tragedy of AIDS becoming the leading cause of deaths among African teenagers.

We covered the scaling-up of Option B+, the demand for cheap and fast viral load testing, teenage pregnancy and HIV, how ideas of manhood impact on men’s behaviour around HIV, male circumcision, AIDS in South Sudan and Nigeria, and the complexities of breastfeeding and marriage for Swazi women living with HIV, and more!

So, if I were to talk today to the newspaper director, I would show him the Countdown collection of stories and say:

“Yes, we can write fresh stories on plenty of new topics around HIV and AIDS, and they are as relevant today as during the sad days before treatment. HIV is a central part of Africa’s health challenges and Countdown has been at the frontline of reporting for 15 months.” 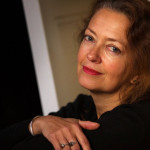 Over 22 years in Africa,
Mercedes Sayagues has survived stepping barefoot on a scorpion in the Kalahari, being taken hostage by Unita during Angola’s civil war, and expulsion from Robert Mugabe’s Zimbabwe for reporting human rights abuses. See her recent work as a journalist, editor and media trainer on health and gender at: http://msayagues.wix.com/mywork

Tagged with: Countdown to Zero