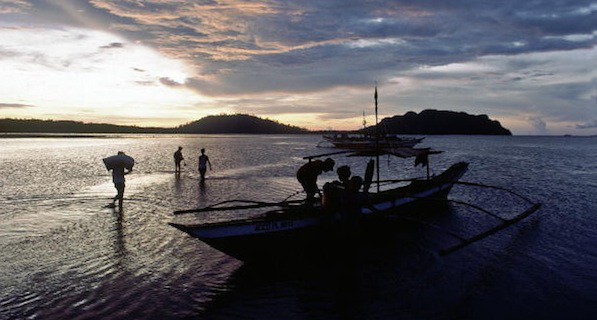 Villagers returning home as the sun sets in the Philippines. Credit: UN Photo

Any contemporary story on development in Asia-Pacific begins with reflection on massive gains achieved in the fight against poverty. The incidence of people living at less than 1.25 dollars a day fell from 54.5 percent  in 1990 to 20.7 percent in 2010, with the number of extreme poor declining from 1.48 billion to 733 million. This precipitous decline in poverty  has been accompanied by tremendous gains in access to health and education.

Without diminishing the progress made over the last 25 years, the region remains somewhat of a paradox: enviable growth and wealth on one hand and dire poverty and inequality on the other. Asia-Pacific remains home to more than 60 percent of the world’s extreme poor and two-thirds of the world’s hungry. While we’ve seen progress on the Millennium Development Goals (MDGs), it is uneven across and within countries. Despite eye-popping gross domestic product growth, increasing income inequality and vulnerability, infrastructure constraints, climate change and disaster risks threaten to undermine achievements.

As these threats increase, the region’s sources of finance and aid architecture are also rapidly changing. High rates of growth and challenging budget environments in many member-countries of the Organisation for Economic Co-operation and Development (OECD) have resulted in a decline of concessional development finance across Asia. This is against a backdrop of non-aid resources – such as remittances and foreign direct investment – increasing in importance and a growth in funding from “non-traditional” donors, including emerging economies and philanthropic organisations. On top of this, more countries have greater access to international capital markets to fund their development needs.

International efforts to make aid more effective — with conferences held from Rome (2003) to Paris (2005) and Accra (2008) — focused on good principles for aid providers and recipients, largely in the context of attaining the MDGs at the country level. It was less clear how these narrow principles would remain relevant in a rapidly changing global environment, particularly here in Asia-Pacific.

The Global Partnership for Effective Development Co-operation, launched at the fourth High Level Forum on Aid Effectiveness in Busan, recognised this and highlighted partnerships based on shared principles for better development results, nudging forward the agenda on MDG 8 (Develop a Global Partnership for Development). This was advanced further by the United Nations High Level Panel on the Post-2015 Development Agenda which called for a new global partnership framework – a transformative shift for co-operation and mutual accountability. In Bali, March 2013, the Panel agreed on the central importance of a global partnership for a “people-centred and planet-sensitive agenda”, based on “common humanity”.

These developments demonstrate an emerging view that any post-2015 framework needs to be supported by dynamic partnerships. If stakeholders ultimately agree, then the successor to Goal 8 will be central to all other post-2015 goals and applicable to all countries – unlike the MDG framework where goals 1-7 applied to developing countries and goal 8 primarily targeted developed countries.

Asia-Pacific has undertaken serious effort to examine emerging development challenges and goals from a regional perspective, even as the globally agreed post-2015 agenda is being finalised. The eighth Asia-Pacific Regional MDG Report 2012/2013 calls for integrating the three pillars of sustainable development – economic prosperity, social equity, and environmental responsibility into a post-2015 development framework.

By 2015, the ninth report will consolidate ideas from the region on development partnerships and offer insights to strengthen the successor to Goal 8. Three strategic areas for regional and global partnerships have been identified, which help articulate the region’s priorities for a successor to MDG 8. These include:

Countries must each find ways to link the post-2015 and Global Partnership agendas – bringing together distinct goals to reflect nations’ different but complementary responsibilities for a shared global agenda. Collectively, we need to co-ordinate these interlinked agendas – including MDG 8 discussions and the Global Partnership – as well as identify ways to measure results from these partnerships and indicators attached to the successor to MDG 8.

Responding to the region’s aspirations, the Asian Development Bank stands ready to support this process any way we can.