Warning: Creating default object from empty value in /home/gssn/public_html/ipsorg/blog/ips/wp-content/themes/platform/admin/class.options.metapanel.php on line 49
 Falling into Ebola’s trap: Because we didn’t learn from the AIDS epidemic | IPS Writers in the Blogosphere

Falling into Ebola’s trap: Because we didn’t learn from the AIDS epidemic

And I can’t help but notice the similarities of the world’s reaction to Ebola today and to AIDS 30 years ago.

When AIDS first appeared in the early 1980s, scientists explained that the disease was transmitted primarily by sex, blood transfusions, and shared needles.

But, in fear of the deadly disease, many were quick to blame gay men, sex workers, Haitians and Africans. Some suggested that AIDS was God’s punishment for sinful sexual behaviors.

In the first decade of AIDS, we let ignorance, indifference, hate, stigma and discrimination guide us. We missed the point. World action started late, and we lost millions of people to AIDS.

Finally, in the 1990s, it became obvious that HIV and AIDS could affect married couples, pastors, sport stars, hemophiliacs, rape survivors and children. Children like me.

I belong to the first ever generation of children born with HIV. As a child, I was very thin and my classmates called me names, like “skeleton” and “AIDS”. I would go home and tell my Dad. He would comfort me, saying: “You can’t have AIDS, it’s for older people, you are just a kid, you are my little queen.” He would kiss me and hug me and make me forget the bullying.

I became an activist when I was 18 years old. I didn’t and still don’t like the AIDS image in people’s minds. Some quickly ask: “How did you get it?” When I say I was born with HIV, they keep asking: “Who brought HIV into your family?” and often jump to conclusions, like “Men are unfaithful”, suggesting my Dad was a bad guy. 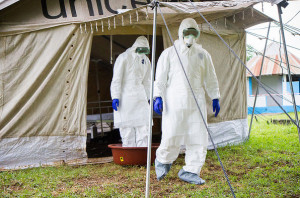 Health workers rinse their feet in bleach when leaving a tent for Ebola patients. Our blogger says the world should rinse out its prejudice and not repeat the same mistakes made with AIDS 30 years ago.

My Dad wasn’t a bad guy! He was infected and affected by HIV and the world didn’t assist him much. Instead they judged him and called him names. As I look back, I realize all he went through, raising me as a single father when my Mum died, burdened with guilt and guided by love, convincing me to take medication and answering my questions. He died painfully from AIDS 17 years ago and I still miss him.

One day, at an AIDS conference in Rwanda, I met a distant aunt. She started describing my Dad as an evil man who had infected my Mum and me with HIV. With tears in my eyes, I refused to listen.

It hurts when people fail to understand the pain my Dad went through and to acknowledge that he raised me lovingly and gave me everything I have now, from my name to my education.
With Ebola, some are acting like my aunt, stigmatizing Ebola sufferers, survivors and carers.

We can’t fight an epidemic by ostracizing affected communities. We can only win if we let science and compassion guide our interventions.

The Ebola epidemic is proving that the world hasn’t changed much. We are quick to stigmatize, discriminate and criminalize affected communities.

African boys are bullied and called Ebola at American schools, volunteer health staff saving lives in West Africa is unreasonably quarantined in the USA, and visa and travel bans punish citizens from Ebola-affected countries. Do people really think they can create a safe haven by shutting out others?

Instead, we should unite against the HIV and Ebola viruses. We can do more, and better.

“The AIDS disease is caused by the HIV virus but the AIDS epidemic is caused by HIV and AIDS- related hate, indifference, stigma and discrimination and criminalization,” said singer Elton John.

The same applies to Ebola. Let’s not fall into Ebola’s trap. We can’t afford to lose more people by ignoring science and conceding to bigotry and stigma. 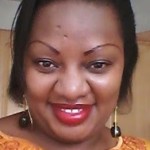 Claire Gasamagera is an HIV activist from Rwanda, with a degree in food technology and a passion for defending the rights, health and dignity of young people living with HIV. She is the founder of Kigali Hope Association, which later became Rwanda Young Positives. She is a board member of the International Community of Women Living with HIV in North America.

Tagged with: Countdown to Zero • Ebola