by Jim Lobe For those who are trying to keep abreast of the negotiations over Iran’s nuclear program, the International Crisis Group  has just put out their latest report and recommendations. You can find links an overview of the underlying report, as well as the report itself for greater detail, at the bottom. We are

by Peter Jenkins As a postscript to my previous post, I want to draw attention to two bits of news that I came across later that day, and to offer brief comments. Iran’s Foreign Minister, Mohammad-Javad Zarif, addresses the Nuclear Diplomacy Seminar at Allameh University: “We have not had any roll-back, and the structure of the nuclear 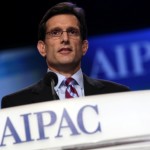 Here’s the AIPAC-Approved House Version of Letter to Obama

With the snow in Washington and Russian moves in Crimea diverting all national news attention away from AIPAC’s ongoing policy conference, I understand House Majority Leader Eric Cantor and Minority Whip Steny Hoyer are circulating their own AIPAC-approved letter among colleagues for signature. The tone seems [...] 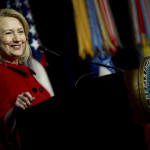 Will Hillary Take A Position On Iran Sanctions?

What will former Secretary of State Hillary Clinton say, if anything, about the Kirk-Menendez Iran sanctions bill?

The pressure on her to take a position must be considerable, if only because, as both the former secretary and presumed front-runner for the 2016 presidential nomination, she could [...] 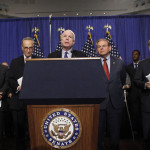 They Left Out Netanyahu’s Name Among the Signatories

I think the position laid out in this letter is referred to as a “non-starter” and marks the point at which Congress moves from playing “bad cop” to spoiler. For reasons why, you can read today’s Foreign Policy article by Colin Kahl and Alireza Nader. (I [...] 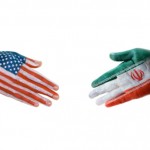 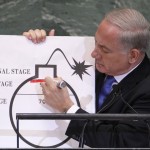 Good News out of Israel

There has been good news out of Israel this week – all the more welcome for being relatively infrequent where Iran is concerned.

Sheera Frenkel, a McClatchy correspondent, reported on Monday that Israeli intelligence officials had told the news service over the last two months that they [...] 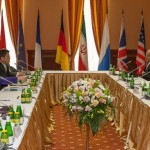 After the nuclear talks between Iran and the P5+1 (the United States, Britain, France, Russia, China and Germany) in Moscow last June, dialogue at the senior political level was put on ice due to the American presidential vote. Eighty-five days have passed since the re-election of Barack Obama, and high-level talks [...]