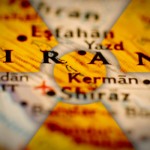 Any reader of my last piece on this site will be unsurprised that I was disappointed by the Iran chapter of “US Non-Proliferation Strategy for the Middle East” — a policy paper produced by five self-proclaimed “non-partisan specialists”. (Jim Lobe has written about it here.)

“We believe there is time and clearly there is an [...]

This ought to be cheering news for all who believe that this dispute can be resolved according to the provisions of [...]

ISIS Report: Highly Enriched Uranium in Iran should be “unacceptable”

The Institute for Science and International Security (ISIS) has released a brief report emphasizing that Iran continues to move toward nuclear weapons capability and the international community must halt further progress. ISIS’s latest concern centers around Iranian lawmaker Mansour Haqiqatpour’s October 2 comment that Iran could enrich uranium to 60 percent [...]

The New York Times reported this weekend that the Obama Administration has agreed to hold direct negotiations with the Islamic Republic of Iran regarding its nuclear program.

Both sides have reportedly agreed that the talks will not take place until after the presidential election, a senior administration official was quoted as saying. The Iranian [...]

After being asked to give his take on a recent report about the human costs of attacking Iran’s nuclear facilities, a prominent commentator on US-Iran relations said it was an “inexact science” and declined further comment even though he called the project a worthy endeavor. While the idea that inflicting [...]

Iran has again offered to halt its enrichment of uranium to 20 percent, which the United States has identified as its highest priority in the nuclear talks, in return for easing sanctions against Iran, according to Iran’s permanent representative to the International Atomic Energy Agency (IAEA).