Warning: Creating default object from empty value in /home/gssn/public_html/ipsorg/blog/ips/wp-content/themes/platform/admin/class.options.metapanel.php on line 49
 Being male was the cameraman’s bad luck | IPS Writers in the Blogosphere

Being male was the cameraman’s bad luck 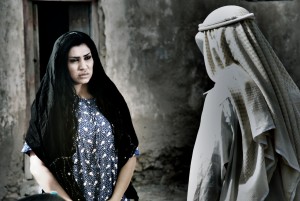 Shall we talk about it?

Rozana Al-Yami, 22, was pardoned by Saudi Arabia’s King Abdullah after the court sentenced her to 60 lashes for her work at the talk show  Red Line in LBC, a Lebanese satellite TV.

She made international news. He didn’t. No one mentioned that he has to serve a two-month jail term.  His name remains anonymous  in press reports.

Some would call this positive discrimination in favour of women but to me iit s a general bias. Women have been striving all over the world for equality,  not favoritism.

Of course , Al-Yami doesn’t deserve to be punished.  Neither does the cameraman nor anyone involved in the TV show that grabbed the hearts of million of Arab viewers but disturbed the conservative image of Saudi Arabia.

Sex remains a big taboo but the Arab world is opening up its airwaves to the topic. The LBC’s Red Line wasn’t the only TV show that tackles sex but there are few others. Be surprised: sex topics such as pleasure sex and organism that used to be discussed secretly by women during friendly gatherings are now discussed on air through many regional TV Channels.

One of the most popular talk show is Love Tales, by Dr Fawziya Duree, showing every Saturday on a private Kuwaiti Channel. Dr Duree holds a PHD in sex, culture psychology and believes in the need to discuss sex as an ordinary and important matter in life.

Her program started with a new, fresh  approach to discussing marital problems and love relationships. 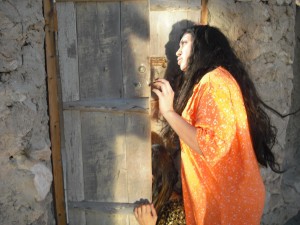 After gaining huge popularity, she shifted to more daring topics, such as sex during menstruation (a taboo among Muslims), passionate kissing and the anatomically correct description of genital parts.

In each show Dr Duree boldly discusses bold sex-related topic and receives calls from viewers calling for help in their sex-related conflicts. Although those programmes are opposed by hardliners, they are gaining popularity day by day.

Love Tales can be seen in Saudi Arabia. Let’s spare a compassionate thought for the poor cameraman jailed for something he could do freely in other Arab countries.